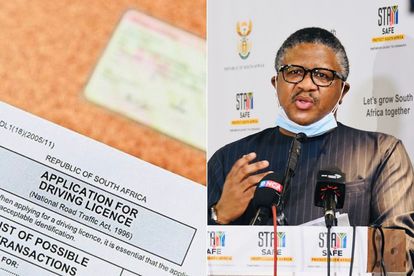 Today, 5 May, is the last day for motorists in South Africa to renew their licences and the deadline will not be extended further. Photo:@TrafficRTMC / Twitter and GCIS / Flickr

Today, 5 May, is the last day for motorists in South Africa to renew their licences and the deadline will not be extended further. Photo:@TrafficRTMC / Twitter and GCIS / Flickr

Thursday, 5 May, is the last day motorists have to renew their expired driver’s licence cards. This specific date applies to those whose licences expired between 26 March 2020 and 31 August 2021.

The deadline will not be extended –  RTMC

Spokesperson for the Road Traffic Management Corporation Simon Zwane revealed that there will be no further extensions on this deadline. Zwane urged people to start making their way to licencing centres.

He explained that centres have extended operating hours to accommodate those who need to renew their licences.

“People who have not yet renewed their licence they must start making their way to the licencing centres. Just for their convenience, the centres have extended their hours of operation, many of them until 18:00, but there are two in Gauteng RTMC (Road Traffic Management Corporation ) offices that open from 7:00 to 21:00 Monday to Monday,”

South African motorists have been given yet another extension. The initial deadline for motorists to renew their driver’s licences was 15 April 2022. Due to the insane backlog, this has been extended again.

Motorists now have until 5 May to renew their driver’s licences, according to Minister of Transport Fikile Mbalula. The backlog that is currently being dealt with is nowhere near being cleared, reports state.

The Road Traffic Management Corporation’s (RTMC) Simon Zwane shared that the deadline was moved 30 days from 4 April. He urged motorists in SA to try their best to meet the 5 May deadline. Read the full story here.

South African motorists now have until 15 April to renew their licences. The initial deadline was 1 April. There is a huge backlog that was nowhere near being cleared and locals have been scrambling to get theirs renewed.

Addressing the nation on licence renewals, Minister of Transport Fikile Mbalula revealed that the country is looking to renew and refurbish the driver’s licence area of the country.