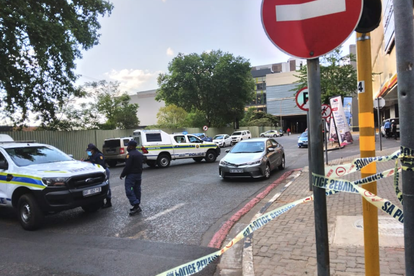 The Rosebank Mall confirmed dealing with another bomb threat on Thursday 20 October, as shoppers, tenants and staff evacuated the premises in urgent panic. The scary event bizarrely follows after the same incident took place earlier in the week.

The shopping center’s security and management urgently forced shoppers, tenants, and staff members to evacuate the facility in the late afternoon on Thursday.

A statement was made on social media to inform the public the mall was to be closed until further notice.

“We have been approached with a threat and local authorities have requested that we evacuate the mall as of 4:50pm today, 21 October 2021,” Rosebank Mall’s note said.

“We will update you as soon as the mall is open and it is safe to re-enter. Thank you.”

Thursday’s bomb scare was the second threat after another report earlier in the week. The South African Police Service (SAPS) said it was yet to verify the threats.

“At the moment, it cannot be confirmed if there is an actual bomb, but all role-players are at the scene to assess the situation,” Police spokesperson Colonel Dimakatso Sello.

Meanwhile, the facility has since gone on social media to announce a return to normal services on Thursday night ahead of Friday’s business day.

“Our shopping mall has been cleared and it is safe to return. Shops will be trading as per usual tomorrow morning, 9am,” the brief said.

Popular singer Donaldo had been scheduled to host a live event at the venue but was sadly forced to cancel the listening session for his new album ‘Dreams.’

“A bomb scare at Rosebank Mall has caused an evacuation of the premises and the cancellation of singer Donald’s new album listening party tonight. The event was supposed to start at 18h00,” Donald said in his announcement on social media before late reassuring his fans he is safe and sound.