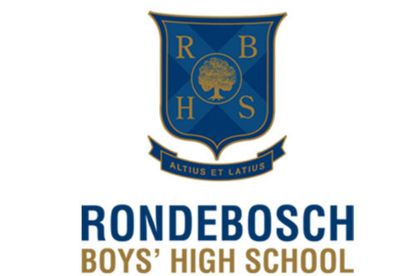 A group of 12 black parents from the Rondebosch Boys’ High School are aiming for a transformation at the Cape Town school. The parents believe that there are not enough black role models for their children at the institution.

How and why did the group of parents form?

The group has been named ‘Bosch Parents For Change’. It is reportedly annoyed at alleged discrimination in both sports and so-called gate-keeping during admissions.

Bosch Parents For Change says that during the selection process for the rugby team, black learners are not included in the first or A teams. According to the group, the school has one black teacher and one black African educator in the position of subject head. This is out of 18 posts in the school.

“This is juxtaposed with the 20 ground staff members – all are black males reporting to a white estate manager. This non-representative picture robs the learners of the opportunity to see black adults in roles of authority and leadership,”

How many black students are at Rondebosch Boys’ High School?

The group stated that only 10% of students in the student body are black. They believe that black learners are excluded due to the fact that Rondebosch Boys’ High School accepts all of the preparatory school’s learners, which the group says, is majority white.

The school responds to the allegations

IOL reported that School Governing Body (SGB) chair Steve Schlesinger that investigations are ongoing. According to Schlesinger, they brought in three impartial professionals to probe and make recommendations.

The SGB Chair does not believe there is systematic racism nor is there any discrimination at Rondebosch Boys’ High School. He says there is a transformation and diversity subcommittee at the school’s SGB.

“We have a transformation and diversity subcommittee on our SGB, and it is also a major portfolio on our learner representative council. So four of the parents who brought these allegations have been co-opted onto this SGB committee as we welcome diverse views,”

ALSO READ: Grosvenor Girls report on racism probe to be made public