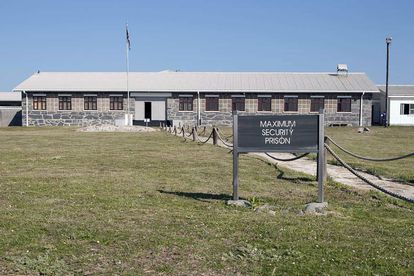 Ex-political prisoners from Robben Island have threatened to chain themselves and return to their cells if their demand for the release of an investigation report into corruption is not met.

According to the Cape Argus, the Ex-Political Prisoners Association (Eppa) said they had a copy of the report which was full of recommendations and disciplinary action to be taken against members of the now Robben Island Museum (RIM) board and management.

Eppa received a copy of the report from the Minister of Sport, Arts and Culture, Nathi Mthethwa in July 2019, but it was put under an indefinite embargo by the minister.

Here’s what the corruption report stated

In a letter to the former prisoners dated 15 July 2019, the minister wrote: “The report that is enclosed with this letter is being issued for your information only and may not be shared/distributed to unauthorised persons (those outside Eppa) without the department’s written consent.”

Eppa Secretary-General, Mpho Masemola said they were alarmed by how long it had taken for the report to be released, fearing the issue would be forgotten. The report is the result of an independent investigation into allegations of corruption, nepotism and poor governance at the RIM.

“We’ve been waiting for 25 years for all our grievances to be addressed. If they do not do this, we will return to the island and lock ourselves up there in protest,” said Masemola.

“The RIM board had a special board meeting on October 25 at the Nelson Mandela Gateway to discuss the implementation of the remedial action against those implicated in the investigation report,” said Masemola.

Keen for the dismissal of certain officials

Eppa is particularly keen on the dismissal of the officials named in the report and said that the officials, by their actions, had brought the museum into disrepute.

“We are very concerned about the silence from the RIM board and the Communications Department about the outcome of the meeting. Disciplinary actions should have been announced after the meeting, which took two days. These matters should not be hidden from the public,” said Masemola.

The report should be public knowledge

In the letter sent to Eppa, Minister Mthethwa said ministry officials had called Eppa to a meeting to discuss the issue, but Eppa had declined the meeting request, insisting that all they wanted was for the minister to release the report publicly.

Masemola also referred to an incident earlier this year when RIM commissioned a new ferry from Singapore, which has allegedly ended up incurring costs of more than R100 m and failed two SA Maritime Safety Authority inspections.

Eppa members had been excluded as Black Economic Empowerment (BEE) partners by what Masemola termed “racists in the dockyard mafia” and said “the ex-political prisoners fought for human dignity and against the exclusion of black people from the mainstream economy.”