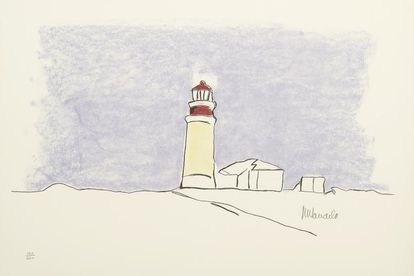 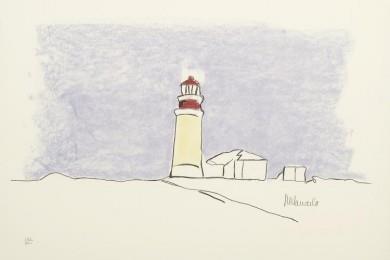 EVERYONE knows by now about the sign language interpreter at Nelson Mandela’s memorial service last December, who turned out to be a fraud. But two months after Mandela’s death, allegations are being spread that further deception surrounds the late statesman’s name, leading a trail all the way to an unassuming-looking art gallery in the heart of London.

The Belgravia Gallery, an established art dealership, has been hosting an exhibit with a series of lithographs, attributed to Nelson Mandela, depicting some of his experiences while in captivity on Robben Island. But art appraisers, researchers and even Mandela himself, while he was still alive, have challenged the authenticity of the prints, with Mandela saying that he never signed these reproductions of his original artwork, and that the signatures found on the artworks currently displayed were forgeries. 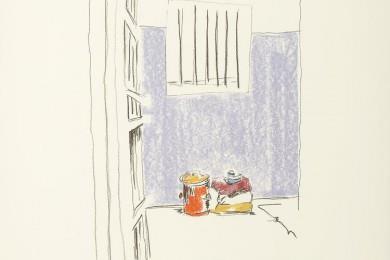 The dispute goes all the way back to the year 2005, when Nelson Mandela made an amendment to his last will, the summary of which was opened to the public on Monday. That year, he had dismissed his family attorney Ismail Ayob after finding out that Ayob had made himself the sole administrator to Mandela’s will (against his expressed wishes) after starting a number of businesses under the president’s identity. In a tit-for-tat reaction, the disgraced Ayob is said to then have sold fake artworks in Mandela’s name, pocketing millions of dollars for himself and severing ties with the Mandela family.

Since then, Mandela started withdrawing from any association with the art world, only accrediting the original works he had created with South African artist Varenka Paschke with his name. Paschke, who was consulted to comment on the disputed artwork in 2009, says she can’t positively identify the prints either way.

“I was only involved in the creative process where Mandela and I created these artworks for reproduction. I was not involved in the reproductive process,” says Paschke, who in her own right as a South African artist has risen to international acclaim. “My time spent with him was brief and highly structured with regards to sitting down and working. We were busy drawing and laying out the designs.” 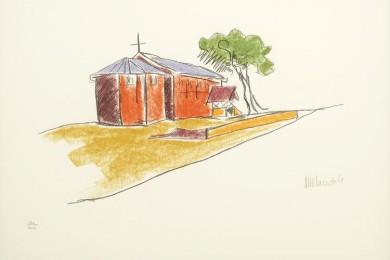 The Belgravia Gallery, in the meantime, maintains that the artworks purchased are originals, while also emphasising the importance of the charitable causes that continue to benefit from the sale of the lithographs in question: “In 2002 we spent a happy and memorable time with him at his home in Johannesburg where [Mandela] told us of his vision to use his art to help underprivileged children affected by HIV and the associated poverty and isolation. We were very privileged to be entrusted with the sale of his art to allow this vision to continue.”

The artwork presented at the Belgravia Gallery is without doubt based on the original designs that Madiba had worked on, but whether this set of lithographs was printed under his instruction or not may never be revealed now that he has passed on.

The prints depict impressions of Robben Island, where Mandela was imprisoned for 18 years, in a manner that is reminiscent of Spanish painter Pablo Picasso’s later life works as part of his “peace movement” drawings. From the guard towers to prison walls, the naivetÃ© of style presented in the lithographs suggests a peaceful approach and the message of reconciliation that Mandela has become known for around the world.

The exhibition at the Belgravia Gallery, 45 Albemarle Street, London W1S 4JL, has been extended until 10 February 2014. Appointments should be requested by calling 0207 495 1010. 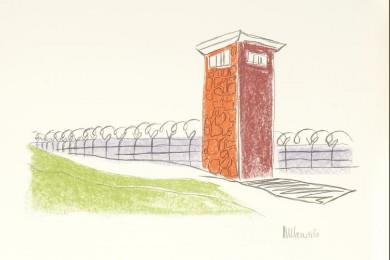