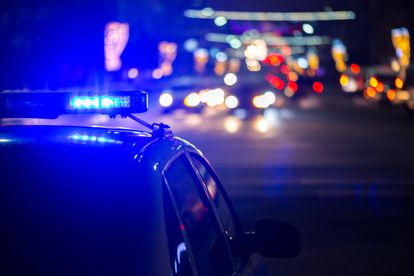 It’s sadly been a bloody period on the country’s roads these past few days: At least 13 people have lost their lives in seperate car accidents, the Road Traffic Corporation (RTMC) has confirmed.

According to the RTMC, seven people died in the Eastern Cape when a minibus taxi overturned on R61 between Queenstown and Takarstad. The driver of the minibus taxi unfortunately lost control when he tried to return to the tar road, but the vehicle overturned and killed three people on impact. Four other passengers died later in hospital.

While in Mpumalanga, six people lost their lives in a horror crash between a sedan and a truck on the R38 road in the Jambila area in Barberton.

“It is alleged that the Truck was overtaking dangerously around a bend in the path of the approaching Polo Sedan and the vehicles collided,” the RTMC says.

While in Gauteng, a road crash involving three vehicles resulted in the death of one man. The accident occurred in Mayerton, Johannesburg on Thursday.

“At 17H40 Thursday afternoon, Netcare 911 responded to the R59 Klipriver, Mayerton. Reports indicate that three vehicles were involved in a collision. Medics assessed the scene and found that the driver of one of the cars had sustained critical injuries, and was deteriorating rapidly. The patient, an adult male, was resuscitated on scene by an emergency care practitioner, however despite best efforts of those on scene the patient’s condition was too severe, and he was sadly declared deceased on the scene,” Arrive Alive said.

OTHERS INJURED IN MULTIPLE CAR ACCIDENTS

Meanwhile in KwaZulu-Natal, multiple people who were onboard a minibus taxi sustained injuries after it was involved in an accident. The crash occurred on the N3 between Balgowan and Lions River.

“Midlands ems crews were dispatched to a motor vehicle accident on the N3 between Balgowan and Lions River. Upon arrival, it was found that 1 taxi had been involved in an accident leaving multiple passengers injured sustaining injuries from minor to moderate. All patients were treated on scene before being transported to the hospital for further care,” Arrive Aliive wrote in a brief statement on Saturday, 4 December 2021.

The circumstances surrounding the accident are not clear at this point and local authorities are currently investigating the cause of the crash.

In Gauteng, Arrive Alive says a pedestrian was struck by a vehicle in Vanderbijlpark on Thursday.

“At 19H30 Thursday night, Netcare 911 responded to a collision on Jan Van Riebeeck Street in Vanderbijlpark. Medics assessed the scene and found that an adult male was struck down by a car. The patient had sustained serious injuries and was treated on scene by a Netcare 911 emergency care practitioner. Once stabilised, the patient was transported by ambulance to hospital for further care,”