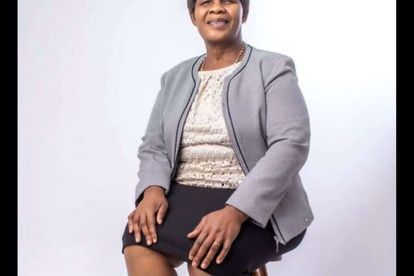 Amapiano star Olpha Selepe, known to her fans as Gee Six Five, has died at the age of 65.

Selepe’s family said she died in Durban on Monday, 7 December 2020, where she had been self-isolating after testing positive for COVID-19.

The news of her passing was first confirmed by Selepe’s niece, former True Love, Cosmopolitan and Bona Editor Sbu Mpungose on the morning of Wednesday, 09 December 2020. She is survived by three children and a number of grandchildren.

“My beloved aunt, MumNcane who many of you know as #GeeSixFive is no more. She displayed leadership throughout her life, was the epitome of fearlessness & inspired many with her single,” Mpungose said in a short statement on Twitter.

Gee Six Five’s death comes just weeks after she stormed the amapiano music scene with her single ‘Obani Labantu,’ which translates to ‘”Who are these people?” in isiZulu. The song, first discovered by many on social media, became an instant hit and topped the local digital charts.

Gee Six Five has been lauded for going against the grain and pursuing a music career only at a later stage in her life and many have used her story as a source of inspiration. The retired teacher had just completed her Masters degree in higher education and was pursuing a PHD in the same field.

Social media has been awash with tributes for the viral star, many saying her death came too soon, as she had just kickstarted her music career and was to reach the height of her fame.

Government has also paid tribute to Selepe, saying she managed to put a smile on the faces of many South Africans with her music.

“We are saddened by the passing of Obani Labantu hitmaker Olpha Selepe, (Gee Six Five), who defied the odds and reminded us that music is ageless,” government said on Twitter.