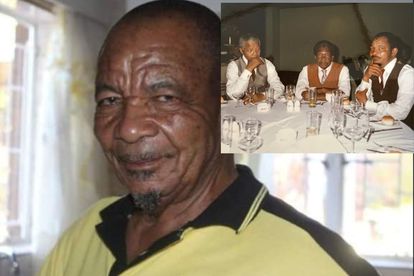 MOKGORO WAS AMONG THOSE DETAINED IN ROBBEN ISLAND

Bra G, as he was affectionately known, passed away on 10 August at the age of 87 having served in many government portfolios and in the struggle to liberate South Africa.

Before his time in office, Mokgoro joined the ANC as a young freedom fighter. In 1949, at the age of 14, he dedicated his life to the freedom of this country and its people.

He was detained for eight years on Robben Island and was later banished to Kuruman away from his family in Kimberley. His time in Kuruman living in a two-room house was detailed by his son during the funeral.

The funeral of this respected stalwart took place at the Mittah Seperepere Convention Centre in Kimberly.

The funeral was attended by family, provincial and national leadership, and a delegation from the South African Police Service (SAPS).

The funeral proceedings were live streamed from the Northern Cape Provincial Facebook page.

The African National Congress (ANC) in Northern Cape described Mokgoro as a true servant of the people who served his people with humility, dedication and distinction.

The Premier of the Province, Dr Zamani Saul on behalf of the province and its people sent his most heartfelt condolences to the family and friends of Bra G.

“May you find solace in knowing that Bra G fought for the freedom of his country and its people.”

Granddaughter Gaahele Mokgoro poured her heart out as she bade farewell to her beloved pillar of strength.

“Today we lay your physical body to rest. Knowing you have done your best not just for us but the broader South Africa. We Salute you and thank you for all your sacrifice. Life was never easy for you but my love for you is ever-lasting! Thank you for my education, advice, wisdom, strictness, discipline, kindness and all you were. Thank you for the laughter, dinners for two, school runs, concert attendance, market days, petrol money, university fees, doctors visits, support in my craziness, all the money and time invested in me, the surprises, birthday gifts and our favourite Christmas days where we spent lavish times and all your birthdays! I love you and I’m thankful for your love all my life!!!”