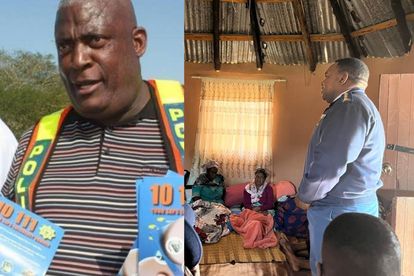 A dedicated Mathenjwa in the fight against crime in the province was gunned down outside his home in Empangeni last Thursday.

He was shot multiple times by unknown men.

A case of murder was not only registered but was also handed over to the Provincial Investigating Unit (PIU) for further investigation.

Today, Thursday, 18 August, the National Commissioner Masemola together with the Provincial Commissioner, Lieutenant General Nhlanhla Mkhwanazi led a delegation of senior police officers from both the police’s headquarters and provincial office where he visited the grieving family of the late CPF member in Eniwe.

“A high level multi-disciplinary team has been established and maximum resources mobilised to apprehend those behind the killing of the Kwa-Zulu Natal Community Police Forum (CPF) Provincial Chairperson, Prince Mathenjwa.”

At the time of his death, Mathenjwa had been involved and had dedicated much of his life to the cause of serving within Community Police Forum (CPF) structures at national, provincial and Local level for more than 20 years.

WHY MATHENJWA’S DEATH IS A SET BACK FOR COMMUNITY POLICING

Colonel Athlenda Mathe said his death comes at a time when the SAPS is hard at work in rebuilding and strengthening community-police relations and changing the prevailing negative perception that exists toward the police with the assistance of Community Police Forums throughout the country.

She added: “As an organisation, we continue to engage communities in the nine provinces with the assistance of our CPFs through our Ministerial Imbizo’s while at the same time analysing the effectiveness of our existing Community Police Structures, this with the view of ensuring that we adequately resource these structures”.

Mathe said the significant role that Community Police Structures play in assisting the mandate of the SAPS in preventing and combating crime, protecting the inhabitants of the Republic and their properties, as well as upholding and enforcing the law cannot be over-emphasized.

Addressing the family, close friends and colleagues of the late Mathenjwa, the National Commissioner called on communities to work together with the SAPS in rebuilding community-police relations.

“We must stand together and flush out all criminals in our midst. We must continue where Mr Mathenjwa left off and work together to ensure that we fight crime and all its remnants with relentless dedication. Today, I urge all community members in our midst to not remain silent and ignorant to the deeds of criminals, but assist us by reporting wrongdoing to the police.
The attacks and killing of our men and women in blue, reservists, community police forum members cannot continue unabated”, said General Masemola.

FUNERAL ARRANGEMENTS FINALISED BY THE FAMILY

Mathenjwa will be laid to rest on Saturday, 20 August 2022 in Empangeni.

“Anyone who has information on this incident is called upon to contact their nearest police station or call the Crime Stop Hotline number on 0860010111.”

She also said CPFs remain critical in community education and mobilisation against crime in the communities.
“They have evolved and advanced to becoming additional eyes and ears of the law enforcers in our communities. For more information on how to join your local CPF, members of the public are urged to contact their nearest police station,” Mathe concluded.