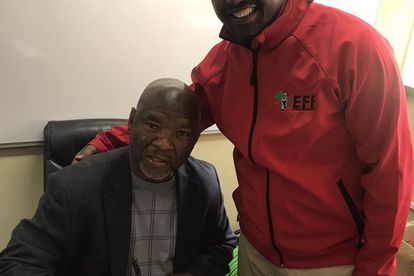 EFF Member of Parliament Kenny Motsamai is reported to have lost her teenage daughter who was allegedly raped and poisoned on Monday, 27 June.

According to TimesLIVE, the young girl was raped on Monday afternoon by a 25-year-old man who lives in Katlehong, east of Johannesburg. This is the same area where the daughter lived with her sister and grandmother while Kenny Motsamai and his wife live in Sebokeng.

Motsamai has become the second member of the EFF to lose a daughter in a very ghastly fashion.
In April, Godrich Gardee, a member of the EFF and lawyer by profession, gruesomely lost his daughter Hilary who was kidnapped, raped, tortured and eventually killed in Mpumalanga.

A few days later her body was discovered. An intense investigation led to the arrest of suspects that were directly linked to the crime. The suspects, Sipho Mkhatshwa, Philemon Lukhele and Mduduzi Nkala are all facing charges of conspiracy for murder, kidnapping, rape, murder, possession of firearm and defeating the ends of justice.

Their trial hearing continues in the Mbombela Magistrates’ Court.