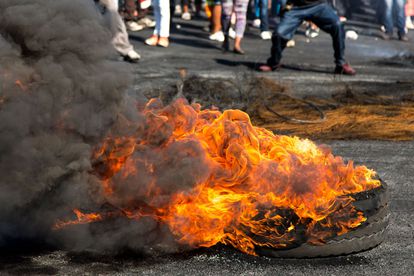 The Democratic Alliance (DA) has written to the Minister of Environment, Forestry and Fisheries, Barbara Creecy, to request that her Department conduct a full evaluation of the environmental impact of the recent riots and civil unrest.

KwaZulu-Natal and Gauteng have been rocked by riots and civil unrest in the past week, reportedly over the incarceration of former president Jacob Zuma. A number of shopping malls, buildings and other infrastructure were torched, looted and vandalised.

DA CONCERNED ABOUT IMPACT OF RIOTS IN KZN

The DA says of particular concern is the impact on KwaZulu-Natal where many hazardous materials have been released into environmentally sensitive areas following the burning and destruction of buildings.

“It is essential that current and potential future environmental hazards be identified, and that immediate action be taken to address the issues at hand.”

Acrid fumes from burning buildings and warehouses are being released as a consequence of the riots and this will undoubtedly impact the health and well-being of surrounding residents.

DA Shadow Minister of Environment, Forestry and Fisheries, Dave Bryant said the devastation has also led to the release of hazardous chemicals into rivers and wetlands.

“The Umhlanga lagoon appears to have been hit particularly hard after the release of chemicals with many dead fish washing up. This could potentially lead to further impacts on the lives of other animals and people who may consume these dead fish.

“It is essential that the Minister act swiftly and decisively in the wake of the riots to avoid any further devastation to the environment.”

On Friday, the eThekwini Municipality decided to close the beaches north of uMgeni estuary due to the environmental and potential human health impacts of a chemical spillage into the Umhlanga Lagoon.

The municipality previously advised the public to refrain from all recreational activities including fishing and swimming after dead fish were spotted at uMhlanga, Umdloti Lagoons and beaches in the vicinity.

“Extensive environmental impacts are being reported at uMhlanga and Umdloti Lagoons and beaches in the vicinity and these have contributed to killing numerous species of marine and bird life.

“The pollution is considered serious and can affect one’s health if species are collected and consumed. Lagoon and seawater contact must also be avoided. The public is therefore advised to cease all activity on the above-mentioned beaches.”