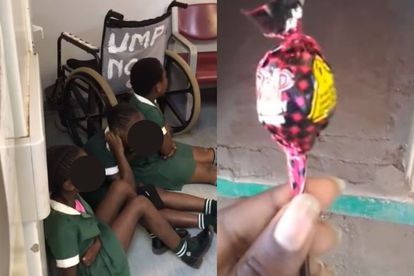 South African sweet manufacturer Richester Foods said it could not be their product – namely the Xpop Energy Red Dragon lollipops – that caused at least 46 children – and possibly as many as 85 in KwaZulu-Natal – to receive emergency medical treatment after consuming a batch of lollipops.

THIS COMES AFTER SEVERAL VIDEOS WERE SHARED ON SOCIAL MEDIA

The company said in a statement that all their products are developed with children in mind.

“We ensure that all the ingredients we use as well as the end product are safe to consume by children and adults.”

This comes after several videos surfaced on social media earlier this week showing many young children sitting on the group, holding their stomach – clearly in pain – in hospital in KwaMaphumulo in KwaZulu-Natal after allegedly eating Richester Foods’ Xpop Energy Red Dragon.

NOT TRUE: LOLLIPOPS CAUSED THE DEATHS OF SEVERAL KIDS

In another video, a woman holding the lollipop said the kids are sick, vomiting, and others have lost their eyesight after the lollipops.

She furthermore states that a message of awareness should be made so that other parents won’t allow their children to consume the product.

While the Department of Basic Education in KwaZulu-Natal has confirmed that at least 46 children – and possibly as many as 85 – had to receive emergency medical treatment, they dismissed claims that the lollipops caused the deaths of several children.

“Environmental health specialists have been deployed to the school. Any allegations pertaining to the death of any individuals in this matter – as claimed in an audio clip accompanying a viral video – are false, objectionable, and are to be regarded as the work of agents provocateur with nefarious intentions of sowing fear and panic.”

INVESTIGATION LAUNCHED BY DEPARTMENT OF EDUCATION

Meanwhile, Richester Foods was not happy to be dragged into this and stated that this is not possible with their product.

The company said has come to their attention that there are false claims circulating about one of our products on social media.

“We received a complaint about our product, XPOP Energy Red Dragon, causing severe sickness to children that have consumed it after purchasing it from a vendor shop in Maphumulo, KwaZulu-Natal. We would like to confidently say that this is not possible.

“All the ingredients in our factory are sourced from reputable companies that follow all the stringent health safety regulations as required for the food industry. Our factory follows these same regulations throughout the manufacturing process. All our products are quality checked throughout this process (from receipt of raw material to dispatch) to ensure compliance with not only the South African government’s regulations but also our own quality standards.

“We have been selling the XPOP Energy Red Dragon lollipop since 2017, and we have not had any complaints about this product in the past five years that it has been available to the public. All our products are developed with children in mind, and we ensure that all the ingredients we use as well as the end product are safe to consume by children and adults, the company said.

Furthermore, the company stated that it was relieved to learn that ‘all the children affected are ok.’