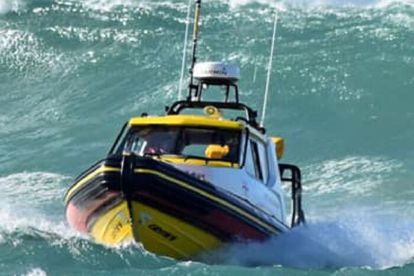 The woman is believed to be a student at Rhodes University in Makhanda, Eastern Cape. The National Sea Rescue Institute (NSRI) Port Alfred station commander Gerrit Cloete said that the woman was swept out to sea in strong rip currents.

“In strong rip currents, a female was being swept out to sea. We believe she had been swimming and wading in waist-deep water at the time while at the beach with friends,” said Cloete.

Cloete said that NSRI rescue swimmers responded to the scene and their rescue craft was launched. Along with the NSRI were the SAPS, Gardmed ambulance services, multi-security officers and municipal officials.

She was declared deceased after extensive CPR efforts

When they arrived, the NSRI rescue craft was able to reach the 19-year-old in the Surfline in the rough sea conditions. Upon rescuing the student CPR efforts commenced before she was brought to the NSRI Port Alfred rescue station. Paramedics there continued with ‘extensive CPR’ efforts.

Unfortunately, the young woman was declared deceased. Her body was taken by the Police and Government Health Pathology Services. The SAPS have opened an inquest docket.

“Condolences are conveyed to the family and friends of the deceased,” said Cloete.

Body of missing teenager, 16, who drowned in KZN located

Previously, it was reported that the body of a 16-year-old who went missing during a school trip earlier this week in KwaZulu-Natal (KZN) has been found.

It is believed that the teenager got caught in rip currents before he disappeared underwater. Hoffman said shoreline searches were conducted while sea rescue craft searched in the sea following the reports of the drowning in progress. Read the full story here.