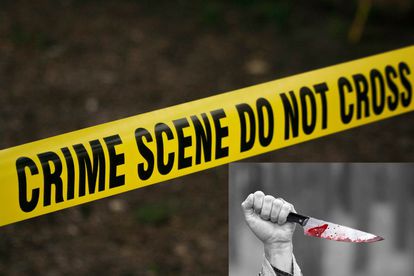 Residents attacked a man who is believed to be responsible for the murder of his 5-year-old relative after he was found dead at this house. Photo: Pexels/Pixabay

Residents attacked a man who is believed to be responsible for the murder of his 5-year-old relative after he was found dead at this house. Photo: Pexels/Pixabay

Residents attacked a man in Limpopo after they accused him of murdering his five-year-old relative who was found at his house, stabbed to death.

This happened on Monday at the Makhushane village, outside Phalaborwa.

According to Limpopo police spokesperson Brigadier Motlafela Mojapelo, when the child’s mother came back from work, she didn’t find her two minor children at home. She assumed they were playing at the neighbour’s house as usual.

“The mother was then alarmed when she only found the eldest child and started searching for the five-year-old boy with the assistance of community members,”

He said the child’s body was found with multiple stab wounds in a relative’s home nearby.

He further said a case of murder was opened, and police started with initial investigations.

The suspect had already fled the scene when police arrived.

Near the child’s body, a knife and sharp object were found that are believed to be the weapons used during the murder.

On the same night, at around 22:00, residents in the area attacked the 27-year-old suspected murderer.

“Upon arrival at the scene, police found him severely assaulted and tied up with a rope. He was rescued and taken to the hospital, where he succumbed to his injuries in the early hours of Tuesday morning at about 00:40,”

No arrests have been made in connection with the man’s attack, although police have opened a murder case.

Meanwhile, Mojapelo urged members of the community to share information that can lead to the arrest of the suspects with Lieutenant Colonel Lilian Mahlathi on 082 469 1240.

Meanwhile, in Tzaneen a 47-year-old suspect was arrested on Monday for allegedly raping a 92-year-old wheelchair-bound woman at Hoveni village.

“It is alleged that the elderly woman was asleep in her house when she was awoken by the suspect at about 01:00 on Saturday morning, 04 June 2022. The suspect forcefully entered the house through the window and raped the victim before fleeing the scene,” said Mojapelo.

Moreover, the matter was reported to the police later on the same day after the victim’s granddaughter went to check on her and made the shocking discovery.

A case of rape was opened and Police immediately commenced investigations which led to the arrest of the man.