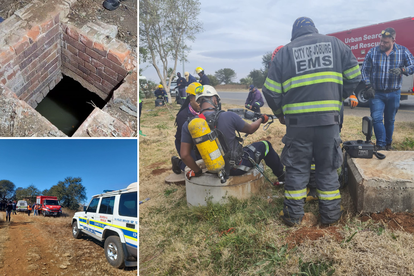 Khaya fell into a manhole while playing near a park in Dlamini on Sunday. Johannesburg Emergency Management Services (EMS) spokesperson Robert Mulaudzi said rescuers will intensify the search for the boy.

READ MORE: WATCH: Search STILL on for the boy who fell into ‘open manhole’

Joburg Water spokesperson Seipati Nyawuza said technicians will go into the second section of the pipeline using an external air supply system. Another team of rescuers will place a robot with a camera underwater to navigate the pipeline.

Elsewhere, a four-year-old girl from Thabong, Free State, is still missing despite increased rescue operations by police, residents, and the SAPS Airwing.

The family reported little Hlonolofatso Ntherisi missing on 5 March. Hlonolofatso was wearing a black t-shirt and black tights with no shoes on the day that she went missing, according to police spokesperson captain Stephen Thakeng.

Thakeng said the police search had intensified, and residents of Thabong and the Airwing formed part. Houses and bushes were also searched and visited to look for the girl.