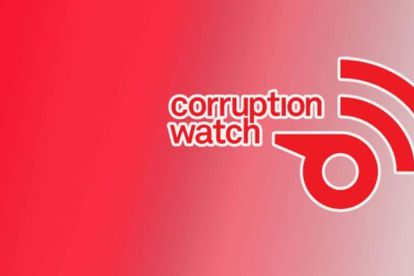 The bad news is that in South Africa we’re still a very corrupt bunch. The good news is that we’re marginally less corrupt than we were this time in 2019.

That is the essence of the 2019 Corruption Perceptions Index, released this week by Transparency International, the global coalition against corruption.

South Africa has improved marginally from a score of 43 in 2018 to 44 in 2019. The higher the score, the less corrupt a country is perceived to be.

We still have a serious corruption problem

However, this still places SA squarely amongst countries deemed to have “a serious corruption problem, and to not be doing enough in their anti-corruption efforts”, SA-based Corruption Watch said in a statement. Corruption Watch is a non-profit organisation dedicated to fighting corruption in the country.

The Corruption Perceptions Index, considered to be the leading global indicator of public sector corruption, ranks 180 countries and territories by their perceived levels of corruption in the public sector according to experts and business people. It uses a scale of zero to 100, where zero is highly corrupt and 100 is very clean.

The average score on the index is 43. This makes SA now slightly better than average.

Corruption Watch executive director David Lewis said despite the improvement there was still little to celebrate as the country continued to have a serious corruption problem.

“The failure, after a year, to bring the Political Party Funding Act into operation does little to inspire confidence in the strength of government’s will to tackle corruption,” Lewis noted.

Corruption Watch said this year’s report highlights the importance of the relationship between money, political power and corruption. Further analysis shows how corruption is more pervasive in countries where big money can flow freely into electoral campaigns.

Those better-performing countries on the index tend to have stronger enforcement of campaign finance regulations, while conversely those countries with lower scores either lack such regulating mechanisms, or, where they do exist are not sufficiently enforced.

“Parliament passed South Africa’s Political Party Funding Act in January 2019, but the president has yet to bring the Act into operation. Unless there is a clear demonstrated political will to enforce key measures and legislation regulating political party funding, as well as to hold internal party members accountable, the perception remains that the country is not doing enough,” Corruption Watch said in its statement.

As in previous years, sub-Saharan Africa is the lowest-scoring region on the CPI, with an average of 32.

Five least corrupt countries in Africa (the higher the score, the less corrupt):

Seven most corrupt countries in Africa (the lower the score, the more corrupt):