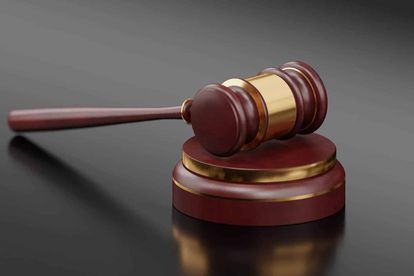 A man convicted for the unthinkable murder and rape of a six-year-old girl has had the book completely thrown at him, after receiving two life sentences for the gruesome crimes.

The Bredasdorp Sexual Offences Court in the Western Cape delivered the sentence on Friday, 28 August 2020, against Reagan Zietsman who is now likely to die in prison for his brutal attack on Delvina Europa.

Zietsman pleaded guilty to charges of rape, murder, kidnapping and defeating the administration of justice – the latter counts have also earned him a combined 13 year sentence.

He will also be listed in the national sex offenders’ registery.

In January 2017, Zietsman received a five year suspended sentence for raping a 12-year-old girl – something which many would say is an indictment on the country’s criminal justice system.

In his bone-chilling testimony, Zietsman gave his account to the court – particularly on that fateful day of 24 March 2019 in town of Elim when he thoughtlessly ended the life of an innocent girl after going on a drug binge.

The court heard how Europa was no stranger to the now-convicted criminal, as Zietsman was friends with the girl’s father.

According to his testimony, he went looking for David Jagers and came across his daughter who he then asked to go and check her father. He claims that she accompanied him to look for Jagers. However, things took a dark turn when Zietsman instead took the girl to an isolated place far away where the unthinkable occurred.

Zietsman is believed to have put his hands over her face and nose to prevent her from screaming, but realized later that she was dead.

“He threw her body into a shallow pool of water to hide her body and rid it of any DNA evidence”, said the National Prosecuting Authority’s Eric Ntabazalila in a statement.

When community members who had launched a search for the girl asked Zietsman if he had seen her, he denied this. However when the dreadful discovery of her body was made, a witness recalled seeing him with Europa.

Zietsman insists he feels remorseful over his actions, a factor which, in some instances, could have determined how long he spends behind bars. He asked the court to speed up the case so as to save time.

The State’s Advocate Maria Marshall did not buy the accused’s claim and said his admission of guilt was simply due to the fact that they had overwhelming evidence which proved he was the perpetrator.

“The accused was advised and conceded that the charges of rape and murder in this case carry a prescribed sentence of life imprisonment each. He showed no remorse as he denied seeing the child when he was asked by the community. He went to work on a Monday and Tuesday as if nothing has happened”

Marshall further took aim at Zietsman and said his sentence should serve as a deterrence to crimes against women and children, particularly in a country like South Africa.

“He has a perverse attitude of committing sexual offences against young people. The accused is a monster and a coward who preyed on a little innocent girl who did not deserve to die in the way she did”, she said.