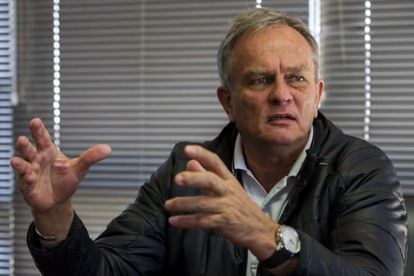 The South African Post Office was failing and failing fast, so much so that Mark Barnes was brought in as Chief Executive with the hope that he could steady the ship. With the constantly evolving state of technology, South Africans are barely making use of postal services these days. You can WhatsApp your overseas relatives (or why send a postcard when you can Skype) and you can even get your DSTV bill emailed to you (it also helps save paper).

On Wednesday, Barnes announced his plans to take the post office in a more successful direction.  He says they are just months away from obtaining a banking licence, Barnes believes that the Post Office can make a big difference in terms of financial inclusion.

“We believe that the Post Office will prove to be a critical element in financial inclusion.”

He also says that it would be “naïve” to feel positive about the future of the parastatal if it remains centred on mail delivery.

“What we do believe is that we have an irreplaceable system and structure that enable us to deliver at the lowest unit cost.”

The Post Office was originally touted as a possible solution to Social Development Minister Bathabile Dlamini’s SASSA social grant crisis. Eventually, the Constitutional Court allowed for the extension of a contract with CPS for another year.

Barnes says that he intends for the Post Office to bid to take over the distribution of social grants once the contract with CPS expires once and for all.  That could potentially make a massive difference towards making the Post Office break even or maybe even make a profit again.