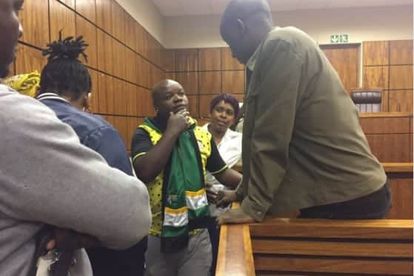 Wisani, a ‘former’ senior member of the ANCYL,  also assaulted one of Nosipho’s friends in an attempt to discourage them from testifying.

#PatrickWisani speaking to those here to support him on way forward regarding sentencing. MC pic.twitter.com/eKNtm9ONEl

To make matters worse, Wisani joked with other ANC Youth League members – who were there to support their murdering comrade – that he’d start up a Youth League branch in prison.

#PatrickWisani joking tells those here to support him he will “start an ANCYL branch” at Sun City prison. MC pic.twitter.com/1jx9AQkYlQ

He reportedly beat Nosipho to death with a broom and sjambok.