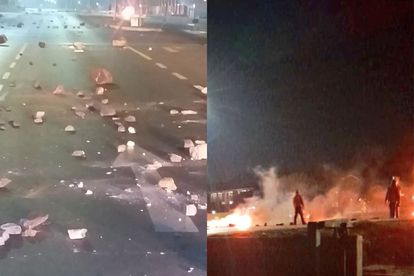 The Rea Vaya bus service suspended operations on all its routes on Monday, 20 June after protests in Soweto, where the majority of bus routes were blocked with debris.

The City of Johannesburg said all the buses that had already left the Rea Vaya depot on Monday morning were rerouted back to the parking yard and the bus service was suspended until further notice, at approximately 5:42.

The Johannesburg Metro Police Department (JMPD) was called in to monitor the situation and restore calm.

JMPD spokesperson Xolani Fihla told TimesLive the cause of the protest was unknown and urged motorists to exercise caution around the affected areas in Soweto.

An organiser of the so-called Soweto Shutdown reportedly told EWN that Monday’s blockades were part of the build-up to a much larger protest on Tuesday.

Some of the reasons for the protest included a lack of service delivery and electricity in parts of the community and dissatisfaction with the police stations in the area. Organisers also want Johannesburg mayor Mpho Phalatse to receive a petition.

At 9:45, the South African Police Service (SAPS) said its Public Order Police had been deployed alongside the JMPD in Chris Hani Road in Pimville, Soweto where “local residents” on a service delivery protest had blocked the road with rocks.