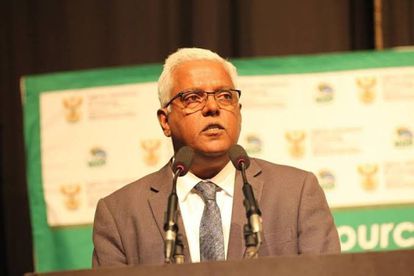 Ravi Pillay announced his resignation from being a cabinet member, reports IOL.  He was the MEC for Economic Development, Tourism and Environmental Affairs (Edtea).

Ravi Pillay resigns from his position as MEC

Pillay’s resignation comes after another cabinet member, Sihle Zikalala, announced his departure. This left two vacant positions to be filled in KZN.

Pillay said, as quoted by TimesLive.

From the pandemic, the 2021 July Unrest and this year’s floods – Pillay’s tenure with Edtea weathered many storms. He made sure to acknowledge the recent hardships the province went though:

“We have proved our resilience as a province and given real meaning to #KZNRISING. There is still much to be done and I have no doubt that you will be equal to the task,”

A new executive council in KZN

As of yesterday, Dube-Ncube announced six new MECs appointed to the cabinet. Replacing Pillay is Siboniso Duma who is also the Leader of Government Business, reports IOL.

Zikalala is now the Co-operative Governance and Traditional Affairs MEC for the cabinet, filling in a new position.

“Importantly, as the new executive council we are all aware that this province is blessed with many capable leaders across all sectors of society who have a vision for a prosperous future. However, what is urgently needed is to choose the right path that will enable all of us to reach our destination.”

Dube-Ncube made history with her appointment as KZN Premier. This is because she is the first woman to fill this role in the leading party’s history.