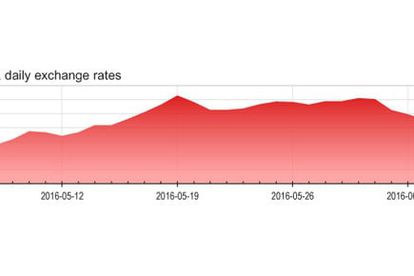 While international investors are still quite circumspect about South Africa’s prospects, this latest reprieve will no doubt help the Rand in the short-term.

Weak jobs data out of the US on Friday further contributed to Rand strength against the Dollar. These numbers may be an end to the chances of a US rate hike in June. This is good news for South Africa, as a US rate hike would be negative for emerging market currencies like the Rand.

What to look out for this week: Fitch Ratings are expected to release their rating decision. The agency is refusing to confirm an exact time and date.

There are several sets of data being released this week in South Africa. Gross gold and forex reserves for May will be announced by the SARB tomorrow. On Wednesday, Stats SA will release its revised GDP Q1:16 data. Thursday will see the release of the mining and manufacturing data for May.

With investors and markets seemingly unable to make up their mind up about South Africa’s medium- to long-term prospects, these sets of data could be more influential than usual.