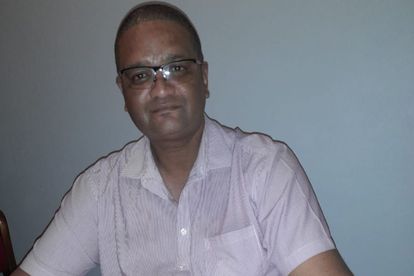 A 46-year-old convicted rapist was handed down a 25 year sentence for raping a 56-year-old woman in Boichoko in Postmasburg, Northern Cape.

ACCUSED WAS ON PAROLE FOR A SIMILAR CRIME

David Modise Morolong’s 25 year sentence on three counts of rape was handed down by the Postmasburg Regional Court on Tuesday 10 May.

Northern Cape provincial police spokesperson, Captain Olebogeng Tawana said Morolong was on parole for a similar offence, when he raped the 56-year-old victim.

He proceeded to the bed on which the victim and her 13-year-old son slept on.

Morolong slapped the victim’s son and instructed him to sleep on the floor.

“Subsequent to that he continued to rape the victim in the presence of her son.

“The accused raped the victim on three occasions during the same night and left after the incident,”

The victim reported the matter to the police on 27 October 2019 and the accused was traced and arrested shortly afterwards.

Modise said the accused remained in police custody until the trial was concluded and he was found guilty on 7 April 2022.

Sergeant Lionel Rooiland was lauded for the meticulous investigative work which resulted in the incarceration of the rapist.

“The Postmasburg Regional Court declared the accused unfit to possess a firearm.

“The judge also ordered that his name be entered in the National Sexual Offenders Register,”

In another case, a 20-year-old man was found guilty and sentenced for statutory rape in the De Aar Regional Court in Northern Cape on Monday, 9 May.

The sentence was suspended for five years.

The Department of Social Development, Warrant Officer Melany Olifant, of the De Aar FCS Unit, was informed about a 15-year-old girl who had given birth.

“The investigating officer instituted an investigation into the pregnancy of the victim.

“The victim confessed to the investigating officer, and directed her to the 20-year-old accused,”

The accused – who is not named to protect the identity of the victim – was arrested and charged with statutory rape.