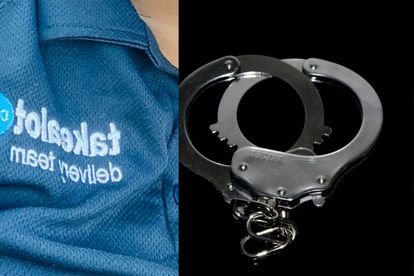 Ex-convict back in jail for robbing a Takealot delivery man. Photo: Pixabay.com/ Facebook.

Ex-convict back in jail for robbing a Takealot delivery man. Photo: Pixabay.com/ Facebook.

A rapist currently out on probation has violated his orders after allegedly robbing a Takealot delivery guy.

It is alleged that on 27 August 2022, the Takealot delivery man was on his way to Lotus Gardens after delivering food when two cars blocked his motorbike. Three men robbed him of his money, bank cards, and two cell phones while threatening him with a knife and a firearm.

According to the National Prosecuting Authority (NPA) Regional Spokesperson Lumka Mahanjana, on 03 September 2022, the complainant pointed out the man who was then arrested.

“Nkosana Makhubo (33) was arrested on 03 September 2022, after the complainant pointed him out to the police, however, the other two men were released after they were not linked to the offence.”

She further explained that the Atteridgeville Magistrates’ Court denied him bail for allegedly robbing the Takealot delivery man. She said he faces a charge of robbery with aggravating circumstances.

OFFENDER DENIED BAIL DUE TO FEARS OF REOFFENDING

“The accused is facing a schedule 6 offence, and in court, he asked to be released on R1000 bail, due to his ill health. However, the state opposed his bail application and told the court that Makhubo was currently out on probation after he was sentenced to 7 years imprisonment for rape, therefore he was likely to commit another offence should he be released on bail,” Mahanjana detailed.

She went on to say the Magistrate agreed with the state and said there were no exceptional circumstances that exist to warrant Makhubo’s release on bail. Therefore, the interest of justice does not permit his release, more so that he committed an offence while on probation.

The matter was postponed to 12 October 2022 for a Regional Court appearance.