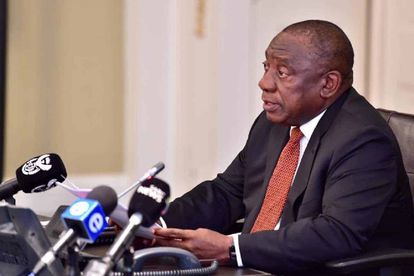 President Cyril Ramaphosa will be relying heavily on the formation of advisory councils to diagnose the problems South Africa faces.

Speaking at the inaugural meeting of the Economic Advisory Council, Ramaphosa revealed that he would be chairing two other advisory groups: one for investments and another for state-owned entities.

Ramaphosa sets up two new councils: This is what we know

Speaking on the government’s current strategies on improving economic activity, Ramaphosa revealed that an Investment Advisory Council will be appointed as soon as possible.

This announcement was preceded by the announcement that Invest South Africa has commenced work to improve key indicators in business, such as:

The details around this are a bit sketchy at the moment since Ramaphosa only revealed that the council was going to be formed and begin working in October.

However, South Africa is not the only country in the world with an Investment Advisory Council. In the United States, this group “advises the Secretary of Commerce on the development and implementation of strategies and programs to attract and retain foreign direct investment”.

The gist of it all is that the council solicits advice from the private sector and other key stakeholders on the promotion and retention of foreign direct investment.

The same can be said about the SOE Advisory Council which is also expected to commence with its mandate in October. Ramaphosa offered no information on its make-up but the speculation is that the group will work closely with the elected chair on getting state parastatals back in good financial stead.

It is also not clear, at this stage, if the council’s priority will be advising on the Integrated Resource Plan, which deals with the government’s energy strategy and policy.

Ramaphosa could only reveal that this, as well as the government’s approach towards Eskom, will be reported to the Cabinet “shortly”.

“This is a very important exercise because it consolidates all the work by Eskom’s board and management, government departments and the various task teams advising the government to turn around our electricity entity and to reform energy markets.

“It will enrich the process to bring #Eskom to financial and operational stability by creating a reference point for implementation. It is important that we provide the market with clear signals of the nature and contours of our reform process,” said Ramaphosa.

The president is expected to roll out the structure of the councils in the coming days.