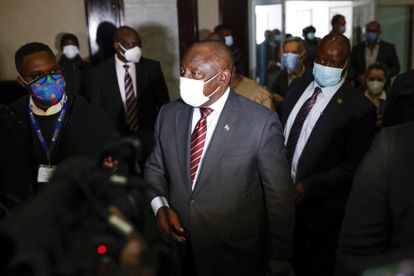 President Cyril Ramaphosa has told the State Capture Commission that he considered resigning as deputy after President Jacob Zuma fired Nhlanhla Nene as finance minister in his Cabinet reshuffle.

Ramaphosa gave his testimony at the commission on Wednesday, 11 August 2021, his capacity as the country’s president and deputy president.

In December 2015, Zuma decided to give Nene the axe, replacing him with Des Van Rooyen, who became known as the “weekend special” because he only served in the portfolio for four days.