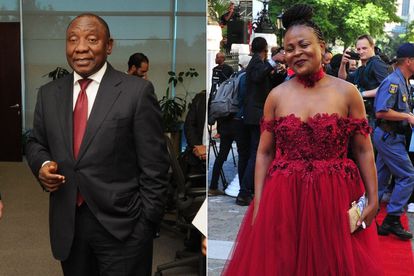 President Cyril Ramaphosa suspended Advocate Busisiwe Mkhwebane from the office of the Public Protector on Thursday, 9 June, a day after she announced she would investigate whether the President breached the Executive Code of Ethics during ‘Farmgate.’

In a statement, the Presidency said the suspension is in accordance with section 194 (3)(a) of the Constitution of the Republic of South Africa and Mkhebane’s is effectively removed from office from 9 June 2022.

“Advocate Mkhwebane will remain suspended until the section 194 process in the National Assembly has been completed.

“President Ramaphosa has fulfilled his obligation to provide Advocate Mkhwebane a fair hearing by according her sufficient time and opportunity to make submissions,” read the statement.

Last month, the Public Protector provided her reasons to Ramaphosa on why she should not be suspended while impeachment proceedings in parliament proceed.

Mkhewebane has been under fire since 2017 when the Democratic Alliance (DA) first submitted a request for her removal from office on the grounds of incompetence and misconduct.

The Presidency said both Ramaphosa and Mkhwebane are both obligated to act in the best interest of the country. “The President’s decision to suspend Advocate Mkhwebane is the best manner to fulfill these obligations.”