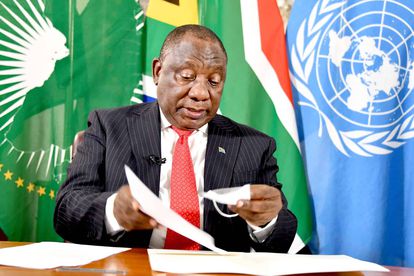 Addressing the nation on Wednesday 11 October, President Cyril Ramaphosa announced that the national state of disaster would be extended by yet another month. The state of disaster, and the lockdown it facilitates, was due to end on 15 November, but will now extend until 15 December.

Ramaphosa said that a number of outbreaks and surges in COVID-19 case reports – particularly in the Eastern Cape – has informed his decision to extend the state of disaster, and said that government is working closely with provincial leadership to put in place measures to stem the spread.

Ramaphosa said that the daily COVID-19 reports have remained largely consistent and relatively low over the past two months, and said that this is the result of early intervention and generally positive adherence to regulations by the public.

“The number of new infections has remained relatively slowly at under 2000 a day. The total number of hospitalisations has declined for the 14th consecutive week,” he said.

“We put this down to the work we did to act early and prevent the spread of the virus, and thank the public for all their great sacrifices.”

Eastern Cape ‘a warning to rest of country’

He said that this is no reason to pop the champagne though, and said that government  is keeping a close  eye on how countries across the world are beginning to see resurgences of COVID-19.

“As we rebuild our economy amidst this pandemic, many people are still getting infected everyday and we remain vulnerable,” he said. “We are seeing how quickly infections can rise in countries all over the world. The effect of the virus in some of these countries has led to the reimplementation of tough restrictions.”

At this point, the entire country held its collective breadth, fearing the reimplementation of such tough restrictions in South Africa. This was not the case though, and Ramaphosa honed in on the Eastern Cape and other identified hotspots, saying that strong measures would be implemented to assist health authorities in those areas.

“The Eastern Cape is showing signs of a resurgence,” he said.  Positive tests are 50% higher than week before, and this is concerning. The total number of new cases is 145% higher than previous two weeks.”

“The evidence suggests that the increases could have been triggered at universities and schools and due to attendance by people at large gatherings. When this is combined by poor adherence to social distancing, mask wearing, and other hygiene measures, this is inevitable.”

He said that this increase is driven “by massive spikes in the Nelson Mandela Bay and Sarah Baartman metro. “It is a matter of time before this surge spreads to other parts of the country,” he said.

Ramaphosa said that in order to assist with the surge in the eastern cape, he would be implementing a ‘resurgence plan’ in line with collaborative work with the World Health Organisation. This includes:

“We will be working closely with provincial government to ensure that this surge is contained and managed,” he said.

Eastern Cape residents in these AREAS should be ready to EVACUATE