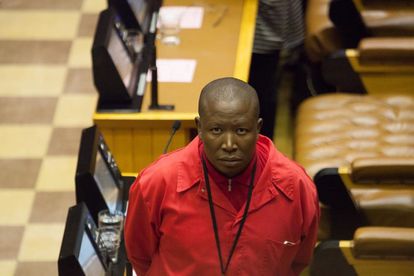 The EFF wants Cyril Ramaphosa to pay back the R12 million allegedly used for the farm theft investigation. PHOTO: Flickr

The EFF wants Cyril Ramaphosa to pay back the R12 million allegedly used for the farm theft investigation. PHOTO: Flickr

President Cyril Ramaphosa will have to pay back R12 million if allegations are confirmed that he indeed used taxpayers’ money to fund investigations into the theft at his Phala Phala farm, the EFF said.

As reported in the Sunday Independent, 16 members of the elite special task force were deployed to the farm in Bela-Bela, Limpopo, at a steep R2 million per month over a six-month period.

The members halved three months later after a complaint by the divisional commissioner for protection services, General Sam Setlhabane, that his department was spending money on something they were not aware of.

The red-beret’s will send parliamentary questions regarding such allegations and if confirmed, Ramaphosa would have to return the money, the party said.

But according to the EFF, Ramaphosa used the R12 million of taxpayers’ money on searching, abducting, interrogating, and torturing those suspected of stealing his “laundered” money, EFF spokesperson Sinawo Thambo said.

“All of this means that, on top of the fact that Ramaphosa’s money laundering and tax evasion is active theft from the taxpayer, taxpayers’ money and state resources were further used and stolen to recover the illicit funds. Ramaphosa used state machinery to conduct his crimes of abduction, kidnapping, forced detention, and concealing of a crime.”

EFF TO QUESTION MINISTER OF POLICE ON SUCH INVESTIGATION

The party will send the questions to the Minister of Police, Bheki Cele, to find out if indeed such investigations are happening.

“If confirmed, then Ramaphosa must repay the taxpayers’ money. It is more disturbing that the law enforcement agencies that Ramaphosa continues to ask South Africans to wait for before he can account, are now positively confirmed to have been involved in the cover-up,” said EFF’s Thambo.

ALSO READ: ‘Do not deflect from Ramaphosa’s criminality’: EFF urges the public

Political parties have been coming out in support of demanding answers from a mum Ramaphosa on the millions of international money which were stolen from his farm.

The Freedom Front Plus is also the latest to support calls for an establishment of a parliamentary committee to look into the farm theft saga.

The DA on Monday wrote to the Speaker of the National Assembly, Nosiviwe Mapisa Nqakula to establish such a committee.