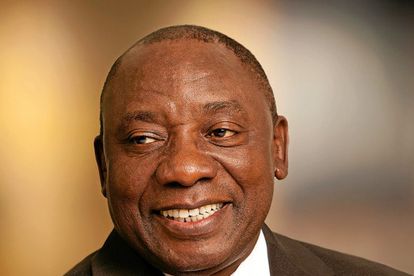 “If you really want to succeed, you must associate yourself with good friends,” Ramaphosa said at the Phehellang Secondary School on Wednesday.

He congratulated the school’s matric class of 2016 and dished out some advice for the current crop of learners on how to have a successful academic year.

Ramaphosa’s Shanduka Trust had partnered with the Department of Basic Education to assist the school, which has had a dismal pass rate in recent years. It’s luck turned in 2015 when they achieved a 100% pass rate and repeated that performance in 2016.

He also shared his concerns over the schooling infrastructure in some parts of the country.

“We want every school to be a modern school,” he said Ramaphosa said government wanted to ensure every school had electricity, running water, ablution facilities, a library and a science library, which he said were all on the way, even if it might take a while to achieve.”What we can be grateful for is that we have 100% access to children coming to school.”This serves as the inspiration to spur the government to do more,” he said.Meanwhile, Basic Education Minister Angie Motshekga thanked teachers for their hard work, explaining that often it’s the learners who were celebrated, while the teachers get left behind.”In the township schools we don’t have extra classes,” said Motshekga.She said because there are no dedicated teachers who focus on this in townships, the learners’ actual teachers end up filling this role, often leading to them neglecting their personal lives.Motshekga said teachers sometimes slept at school in order to assist pupils with their studies and to prepare for exams.