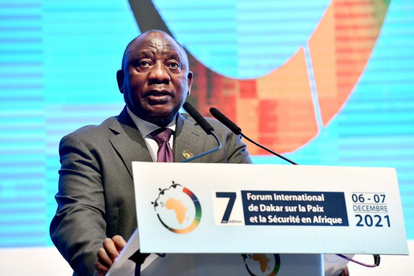 Ramaphosa will be recieving the first installment of the report next week. Image: GCIS/ Flickr

Ramaphosa will be recieving the first installment of the report next week. Image: GCIS/ Flickr

Acting Chief Justice Raymond Zondo will be handing over the first part of his State Capture Inquiry report to President Cyril Ramaphosa next week.

The first installment of the three-part report will be hand delivered to Ramaphosa at the Union Buildings on Tuesday. This is according to Minister in the Presidency Mondli Gungubele.

Report will immediately be made public

Interestingly, the highly anticipated report will be made public immediately by Ramaphosa. However, the nation will need to wait until all three parts have been submitted to the President before hearing his input on the matter.

Furthermore, the commission had originally been slotted to hand over the first report on Friday. However, this was postponed due to the mourning period for the late Archbishop Desmond Tutu.

Zondo, after presiding over the Inquiry since its inception, will personally present it to Ramaphosa.

The President was recently granted an extension by the Gauteng High Court. Earlier, Ramaphosa had sought the court’s permission to delay responding to the report’s findings in Parliament.

In line with this, the court granted the President until the end of June 2022 to contemplate Zondo’s recommendations. Furthermore, Zondo has been given until the end of February to hand over the entire report.

This will conclude the work of the Inquiry, which has held hearings that have taken place since 2018. Hundreds of witnesses testified before Zondo.

In his application seeking the extension before presenting his recommendations to Parliament, Ramaphosa had explained that in order to give his input on the matter he needed to consider the report in its entirety.

President Ramaphosa in his application