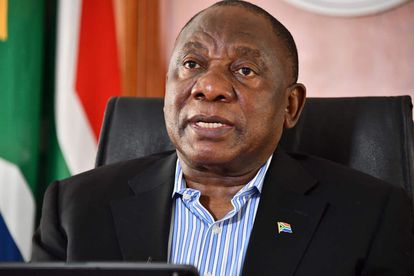 A row has erupted over claims Cyril Ramaphosa made in his address to the nation on Wednesday. DA Chief Whip Natasha Mazzone has blasted the president for allegedly “misleading the public” about how Parliament is dealing with legislation to fight against gender-based violence (GBV).

What is Ramaphosa accused of lying about?

Ramaphosa, who appeared in a televised broadcast to reveal what changes are being made to Level 3 regulations, also tackled the scourge of GBV, urging Parliament to hurry-up and process legal changes which would offer greater protection to women, and hand down tougher sentences to perpetrators.

“Legislative amendments have been prepared around, among other things, minimum sentencing in cases of gender-based violence, bail conditions for suspects, and greater protection for women who are victims of intimate partner violence. I urge our lawmakers in Parliament to process them without delay.”

The truth on GBV in Parliament

But Mazzone has taken offence to these utterances. She’s issued a statement on Thursday, challenging the suggestion that Parliamentary lawmakers are “dragging their heels”. The DA representative argues that it’s now down to the NCOP to give their final approval to the regulatory amendments:

“We’ve written to the Speaker of the National Assembly, Thandi Modise, to ask that she informs President Cyril Ramaphosa that he has misled the public in his address to the nation last night when he erroneously stated that Parliament is dragging its feet on Bills to assist the fight against gender-based violence (GBV).”

“There is currently no legislation that Parliament has failed to deal with in terms of GBV. The only Bill that comes close to dealing with GBV is the Prescription of Sexual Offenses Amendment that has already passed through Parliament, and is currently before the National Council of Provinces (NCOP) for consideration.”

Mazzone didn’t stop there. She turned the focus back onto the ANC, who she accuses of “making no effort” to tackle GBV since the issue was raised in the National Assembly nine months ago. According to Mazzone…

Unless the President steps in and ensures that his Ministers draft Bills, his statement last night will only be empty words to try and appease the anger simmering in communities but will ultimately not stem the GBV tide. https://t.co/x24DW1fEu1