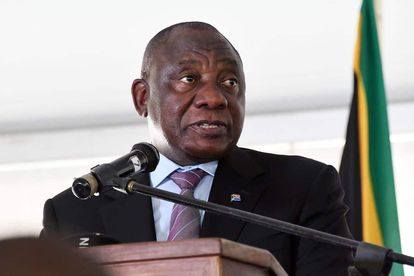 Widening access to agricultural land for commercial production and subsistence farming is a national priority, President Cyril Ramaphosa has said.

In his weekly newsletter to the nation on Monday, 5 October 2020, the president takes on the contentious land issue – reflecting on the role it has played in South Africa’s history as well as its economic impact.

“Agricultural land is the mainstay of our natural resource base. The availability and sustainable use of farmland to grow crops and for animal husbandry is key to our very survival,” he said.

Ramaphosa: Land still in the hands of very few

While more than 37% of the country’s total land area is currently being used for commercial agriculture, Ramaphosa has also stressed that land remains under threat from degradation, water scarcity and urban encroachment.

Government has delivered 8,4 million hectares of land to previously disadvantaged individuals under its land reform programme, however this only translates to less than 10% of all commercial farmland.

He said while more black South Africans have found themselves in possession of land, the legacy of apartheid – specifically the 1913 Natives Land Act – continues being a dark cloud.

“The Act went far beyond dispossessing millions of people of their ancestral land,” the president said.

“By depriving our people of their right to own and work the land on which they depended for sustenance and livelihood, this great injustice effectively ‘engineered the poverty of black South Africans,” he added.

Ramaphosa said the aim was to destroy the black majority’s prospects for self-reliance, independence and economic prosperity. He said it essentially stripped them of the ability and right to feed themselves as a people.

The president further acknowledged that land ownership still concentrated in the hands of the few.

“…and agriculture primary production and value chains mainly owned by white commercial farmers, the effects of our past remain with us today”

He added that there was hunger within rural community, for land to get into farming.

Agriculture, Rural Development and Land Reform Minister Thoko Didiza has announced Parliament has backed her department’s decision to release 700 000 hectares of state land to emerging farmers in the country.

The president has said broadening access to land and opportunities for farming will support job creation, enterprise development, and improve the market for food, agricultural goods and services.