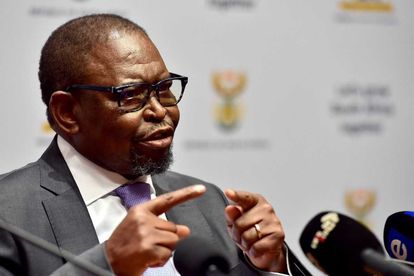 The Presidency announced that Cyril Ramaphosa will be in attendance when Finance Minister Enoch Godongwana delivers the Medium Term Budget Policy Statement (MTBPS) speech in parliament on Wednesday, 26 October.

RAMAPHOSA WILL BE IN PARLIAMENT FOR MTBPS

Presidency spokesperson Vincent Magwenya said Ramaphosa – who was recently labelled “corrupt” by former President Jacob Zuma over the Phala Phala scandal – will attend the MTBPS at 14:00 on Wednesday.

The statement “sets government policy goals and priorities, forecasts macroeconomic trajectory and projects the fiscal framework over the next three years by outlining spending and revenue estimates, among others,” said Magwenya.

The much-anticipated budget is expected to deal with a potential extension to the R350 grant (and the potential for a basic income grant), Eskom’s ballooning debt and bailouts for other State-owned Entities, and higher public sector wages.

Civil society groups will also be keeping a keen eye on the budget and feel that the MTBPS should be used as a tool for the government to stick to human rights commitments made in the Constitution.

“In the past decade, real spending on education and health care has fallen dramatically due to austerity policies,” said Corruption Watch, which was present at a pre-MTBPS discussion with civil society and other interest groups that dealt with how government can be held accountable to its Constitutional obligations.

South Africa’s largest trade union federation – SAFTU – said it is “pessimistic and hopeless” ahead of the MTBPS and expects Gondongwana to keep austerity measures in place.

Giving public servants a wage increase of 8% is one of the budget demands listed by SAFTU General Secretary Zwelinzima Vavi.