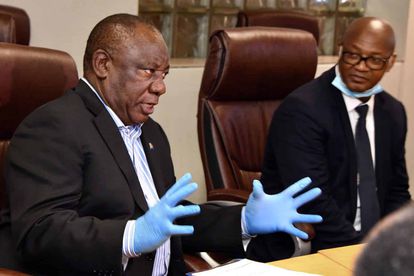 The aftermath of the COVID-19 crisis will not involve a commission of inquiry over misspent funds, if President Cyril Ramaphosa gets his way.

A total of R500bn has been directed towards socio-economic relief as South Africa grapples with the impact of the novel virus.

Ramaphosa announced this on Tuesday, and the hefty amount triggered fears that some of the funds may not reach intended recepients, due to corruption.

However, the President says a watchful eye will be placed on the funds and how they are spent.

“I do not want to hear about a commission request after the Covid package. I don’t want to hear of a Covid commission, and therefore we want to take proactive steps,” he told reporters in Johannesburg on Friday.

In his address on Tuesday, Ramaphosa condemned “unscrupulous” officials, issuing a stern warning against corrupt activities.

He says he has had a word with the Auditor General with regards to the newly-released funds.

“I spoke to the auditor-general yesterday and I said, ‘auditor-general we need to put in place systems on a proactive basis so money does not end up in people’s pockets’,” he said.

The early days of the lockdown have been littered with reports of officials allegedly looking to benefit from resources that are meant for the poor.

“We abhor the fact that there have been stories and allegations that some of this has ended up in people’s pockets and councillors have been abusing this,” Ramaphosa said.

“We are taking proactive steps to ensure it does not happen,” Ramaphosa said.

Ramaphosa was in Johannesburg to visit facilities identified by Gauteng as integral to the fight against the pandemic.

Another update on the impact of the coronavirus in the country will be issued out by health minister Dr Zweli Mkhize on Friday evening.