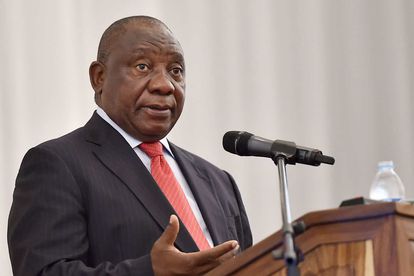 President Cyril Ramaphosa has embarked on a mission to mark the 21st century as the period South Africa receives equal access to healthcare, with the National Health Insurance (NHI) Bill.

What is the NHI Bill all about?

The Department of Health has described the NHI as a groundbreaking “financing system that will make sure that all citizens of South Africa (and legal long-term residents) are provided with essential healthcare, regardless of their employment status and ability to make a direct monetary contribution to the NHI fund”.

In his weekly mailers, Ramaphosa revealed that the plan to enact the NHI Bill is in line with the global goal of universal health coverage.

“This goal has become a major aim for health reform in many countries and a priority objective of the World Health Organisation (WHO).

“It is instructive that WHO defines universal health coverage as a system that should ensure that all people have access to needed health services (including prevention, promotion, treatment, rehabilitation and palliation) of sufficient quality while ensuring that the use of these services does not expose the user to financial hardship,” he wrote.

Public hearings wrap up, what next?

Gauteng was the last province to host the NHI Bill public hearings, a process undertaken by Parliament’s committee on health to record the views of ordinary South Africans on the enactment of a central healthcare system.

The hearings have wrapped up and the committee’s work in documenting the views of South Africa begins now. The public’s participation is key in providing lawmakers with feedback that may influence amendments to the bill.

The next step will see the NHI Bill tabled before the National Assembly (NA) for a vote. Should the NA rule in favour of the bill, it will be referred to the National Council of Provinces (NCOP) for a similar voting process. Once it gets the green light in the NCOP, the bill will be referred to the president whose signature will enact it into law.

However, the full implementation of the NHI will not be immediate. In 2019, former health minister Aaron Motsoaledi revealed that NHI will be fully implemented in 2026 after three phases of succession.

We are currently in Phase 2 of the NHI process which runs until 2022. In this phase, the key objectives are:

‘Interests of a few won’t affect the majority’ – Ramaphosa

Ramaphosa described our current healthcare system as an impediment that “flies in the face of the Constitutional right of access to health care for all citizens regardless of their socio-economic circumstances”.

“Our past has taught us that we must never be a country that promotes the interests of the few at the expense of the majority. In 1713, the Dutch colonialists who had brought a smallpox epidemic to our shores imported medicines from Batavia to treat those affected. They used the medicine to treat their own, leaving the indigenous Khoisan to be decimated by the outbreak.

The president has rallied the support of South Africans who believe in the transformation of the healthcare landscape in the country.

“We will not be reckless in implementing the NHI. We will implement it in an incremental fashion and aim to cover the whole country by 2025. We will use an affordable approach to progressively move towards a comprehensive NHI environment,” he added.