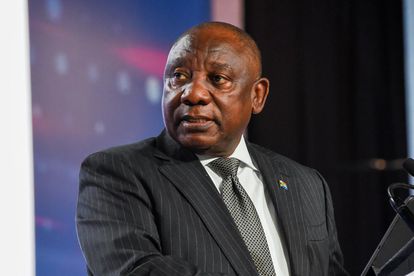 The number of women murdered in South Africa increased by more than 50 percent in a year, President Cyril Ramaphosa said on Tuesday, calling on the private sector to help tackle the violence.

He said official statistics showed a 52-percent increase in the murder of women during the first three months of this year compared with same time in 2021 when the country was under Covid-19 restrictions.

The number of children murdered spiked by 46 percent during the same period.

Speaking at a conference on gender-based violence in Johannesburg, Ramaphosa said that despite government efforts, violence against women and children continued unabated.

“Not a day goes by without a story… about a woman or child that has lost their life or been abused in the most horrendous manner,”

“These horrors defy comprehension… They tell a story about our society that is deeply disturbing. It is a story of a nation at war with itself.”

‘Leadership needs to do better‘

South Africa has been rattled by a series of gruesome crimes, including the gang rape of eight women in July and the retrieval of half a dozen bodies, some believed to be missing sex workers, at a building in Johannesburg last month.

Ramaphosa faced a barrage of criticism and questions from women’s rights advocates as he addressed the conference organised by his office on gender-based violence and femicide, with some accusing the government of not doing enough.

“We as South Africa are the rape capital of the world,” said Lebogang Motau, of the Free World Initiative non-profit organisation. “Leadership needs to do better.”

Funds have also been allocated to support survivors, strengthen the criminal justice system and undertake prevention programmes, he said.

But the process has sometimes been too slow, and the funding inadequate, he added.

“In every part of society… we need to be organising men’s dialogues,” he said. “We need to reach out to boys and young men to develop masculinities that value respect, understanding and accountability”.