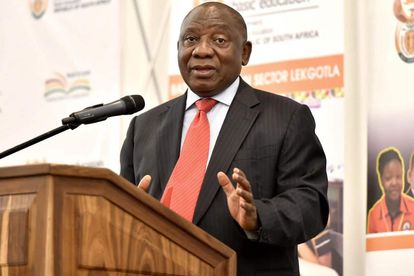 Following meetings with continental and global diplomatic organisations, President Cyril Ramaphosa has said that the fight against the spread of coronavirus needs to be taken on as a united front as South African coronavirus cases climbed to more than 900 on Thursday 26 March.

He made the statement following the announcement that South Africa now has 927 cases of the virus.

Ramaphosa met with the African Union (AU) in his role as chairperson on Thursday on the eve of South Africa’s 21-day lockdown, and later spoke with members of the G20 to assess the global cooperative effort.

He also met with religious leaders who approved the lockdown measures and supported a nationwide prayer session to be held at 18:00 on Thursday.

He warned that South Africa remains Africa’s worst-affected country, but said that African leaders had committed to support a united front.

“Numbers in Africa have not yet reached South African levels (we are most affected country on the continent) and we have received a detailed report from continental research bodies.

“As a continent, we need to work together to combat the COVID-19 outbreak. No country should go through this alone. We must cooperate and share info about what each of us are doing.”

He announced that regional task forces would be established across the African continent, and called on developed countries to come to Africa’s aid in this overwhelming time.

“We agreed that we need to set up regional task forces so that SADEC [South African Development Community] has its own, as well as all the five regions of the continent have their own task forces.

“Also, we need to call on the world and developing countries to come to Africa’s assistance to support our economies and allow goods to be imported.

“They should not close Africa off.”

He said that a fund had been established to raise money for African countries that will assist with measures to combat the spread of the virus.

“We decided to run an African coronavirus fund which will help CDC and countries in the greatest. $17 million [about R294.5 million] raised. Africa has a clear position to address this disease from a unified point of view.”

Having spoken with world leaders during a convention of the G20, Ramaphosa said that global countries had agreed that this is a “war” that must be fought together. He called for a collaborative effort to share and disseminate research and information.

“G20 convened to discuss COVID-19. All countries are united to do everything we can to save lives. We as Africa call upon G20 countries to support stimulus packages to support debt relief so that countries are able to halt interest payments and focus on fighting the virus.

“We have a disease spreading throughout the world. We must fight this common enemy. At war, it pays no benefit to fight among one another. We are supporting efforts to share information and research, combining resources as much as possible. No dissent amongst countries, no blaming one another.”