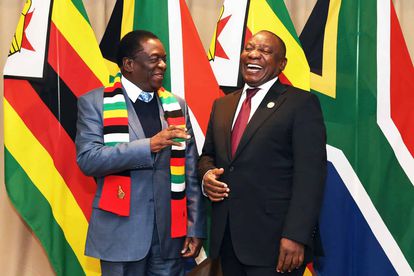 John Steenhuisen has emphatically blasted President Ramaphosa and his ANC colleagues for allegedly trying to push the Expropriation Bill beyond measures of land reform. According to the DA leader, Cyril is seeking to approve legislation that targets ALL FORMS of property ownership – earning him a comparison with the late Robert Mugabe.

The gloves came flying off on Tuesday, and Steenhuisen’s decision to tie Ramaphosa to the former authoritarian leader of Zimbabwe is a calculated move. South Africans have until the end of February to register their opinions about land reform policy, before the government ratifies new laws on expropriation. The Blues aren’t mincing their words…

“If the Expropriation Bill is allowed, the ANC government will be able to take anything you own and claim it’s of ‘public interest’. This does not just refer to land reform. The ANC’s proposal would undermine your right to own all kinds of property – be it a car or a house, or even intellectual property.”

“The Expropriation Bill has a list of five circumstances where zero compensation could be paid but it allows the government to extend this list endlessly. It offers the government near-unlimited powers to simply expropriate personal property – even going so far as to suggest that copyrighted and patented property could be at risk.”

With just five days to go until the deadline for public comment expires, the DA is pulling out all the stops. Their claims have received something of a backlash, with critics suggesting that the language used by the party is ‘sensationalist’. However, Shadow Public Works Minister Leon Schreiber has doubled-down on the opposition’s stance:

Surely any stable genius who has been swearing and whining for days about the DA’s resolute opposition to expropriation without compensation will stand first in line to surrender their property to the ANC if the De Lille Bill becomes law?

On Tuesday, John Steenhuisen started banging the drum via his Twitter account. As a fierce opponent of the ANC’s vision for and expropriation, the political heavyweight isn’t shy when it comes to saying it how he sees it – and comparing Ramaphosa’s approach to the dreadful land reform bills issued by Robert Mugabe has somewhat intensified the debate:

Ramaphosa is following Mugabe’s script on land reform and we must reject it!

Last week I shared my views on the matter: https://t.co/7fnCiNG5uH