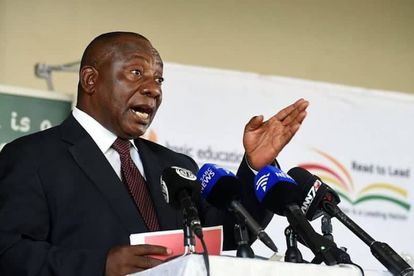 President Cyril Ramaphosa, through the Government Gazette, has stated his intention to launch a commission of inquiry into the ongoings of Africa’s largest asset manager – the Public Investment Corporation (PIC).

What is the Public Investment Corporation (PIC)?

The PIC is a state-owned entity (SOE) that is the largest investment manager in Africa. According to information detailed on their website, as of today, the PIC manages assets of over R2-trillion.

In simpler terms, this is South Africa’s heaviest treasure chest. Since the PIC is wholly owned by the South African government, the Minister of Finance is accountable as the shareholder representative.

The first time we heard of the possibility that the asset manager may have been compromised was during former Minister of Finance, Nhlanhla Nene’s testimony at Deputy Chief Justice, Raymond Zondo’s commission of inquiry into state capture.

It was all sketchy until Nene admitted to having met the controversial Gupta family on at least ten occasions between 2009 and 2014. The details of those meetings are not clear as Nene opted to tender his resignation right after this shocking admission.

Nene also denied having any involvement in his son, Siyabonga Nene’s business deal that was allegedly financed by the PIC in 2014.

This was when he was the chairperson of the PIC board so it raised a few eyebrows when he claimed to have not known anything about this.

Moreover, after the release of the VBS Mutual Bank report that was commissioned by the South African Reserve Bank (SARB) and coined by its forensic investigator, Advocate Terry Motau, as The Great Bank Heist, a lot of questions were raised about the asset manager’s involvement in the looting in some capacity.

Earlier this month, IOL News published a story on the PIC’s comments on the VBS report. Based on the fact that two of its directors — Messrs Nesane and Paul Magula — were part of the VBS board, the asset manager noted a list of stringent actions it would take in response to the report’s recommendations.

On Wednesday, the Government Gazette reported that President Ramaphosa had, on Thursday 4 October, signed a proclamation launching “the commission of inquiry into the allegations for impropriety regarding the PIC”.

Ramaphosa also revealed the panel that would oversee the inquiry. Justice Lex Mpati, the former President of the Supreme Court, will be assisted by Gill Marcus, the former Governor of the SARB, and Emmanuel Lediga – the chairman of Maru Asset Managers.

According to the Gazette, the commission is tasked with looking into the affairs at PIC from the period between 1 January 2015 and 31 August 2018.

An interim report would be due no later than mid-February in 2019 and the final report is expected by Ramaphosa no later than 15 April 2019.