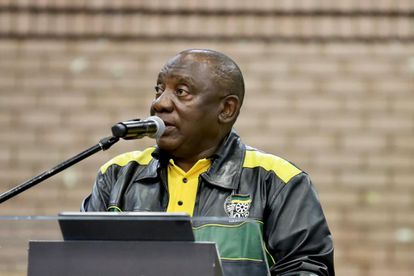 Cyril Ramaphosa is on a mission to convince the world that SA had valid reasons for not condemning Russia. Image: Twitter/ANC

Cyril Ramaphosa is on a mission to convince the world that SA had valid reasons for not condemning Russia. Image: Twitter/ANC

ANC President Cyril Ramaphosa has once again bemoaned the constant infighting within the governing party and is reiterating his call for unity amongst comrades.

Ramaphosa addressed delegates during the ANC Mpumalanga’s three-day elective conference which was held in Emalahleni on Sunday, 3 April 2022. The conference saw Mandla Ndlovu being elected ANC chairperson in the province, while Speedy Mashilo was elected deputy provincial chairperson. Muzi Chirwa took over as provincial secretary.

Ramaphosa has congratulated the new top 5 leadership, which has thrown its weight behind him ahead of the ANC elective conference.

YOU CAN ALSO READ: Will Cyril Ramaphosa be re-elected as ANC president? Party set to battle

RAMAPHOSA CALLS FOR UNITY WITHIN ANC

ANC President Cyril Ramaphosa has called on delegates to focus on the task at hand – governing and also condemned the factionalism which has plagued the party over the past few years.

“Now is the time for us to focus, to pay attention on what will advance the interests of our people, and on how the ANC should reposition itself as it leads society, as it renews itself and demonstrates that we are fit and proper to continue leading this country going forward”

“The internal squabbles and divisions among us distract us and cause us to lose attention on the task at hand. Our contestations are rooted in battles over power and access to resources. We must remain focused on driving economic reconstruction and recovery to create jobs”