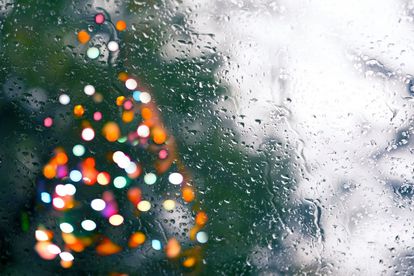 South Africans can brace themselves for a rainy Christmas weekend, the SA Weather Services (SAWS) warned.

DISRUPTIVE RAINFALL IS EXPECTED IN SOME HOLIDAY SPOTS

According to SAWS forecaster Kumsa Masizana, the wet weather that blanketed provinces on Thursday morning will persist and cause disruptive rainfall in some holiday spots.

“We are expecting a yellow level 2 warning for disruptive rain, which is expected for the eastern parts of the Eastern Cape and in some places in KwaZulu Natal.

“This will result in the flooding of roads, settlements and low-lying areas, and also some traffic disruptions as well as danger to livestock and livelihoods,” she said.

A 60% CHANCE OF THUNDERSHOWERS FOR GAUTENG NORTH

She said a 60% chance of thundershowers on Christmas Day are also expected in the north of Gauteng.

“On Christmas day, what we expect for the country is still showers and thundershowers, especially over Gauteng, Mpumalanga, and KZN.

“There’s a possibility of 60% of scattered showers and thundershowers for the northern areas of Gauteng province on Christmas day,” Masizana said.

THIS COMES AFTER A SEVERE HAILSTORM HIT PMB

Meanwhile, Pietermaritzburg was hit by a severe hailstorm on Wednesday.

Roads were flooded, vehicles and houses were damaged when hailstones pelted down during the hailstorm.

A level the SA Weather Service issued a two weather warning for the Western Cape and Northern Cape for Wednesday and Thursday.

The NSPCA urged the public to please report animals being kept outdoors without any shelter to your local SPCA.

“If you are unable to keep your pet indoors, please ensure that you have provided adequate shelter for your pet to protect themselves from the elements,” the SPCA said.

Hail can cause billions of rands of damage to structures, crops, and livestock.