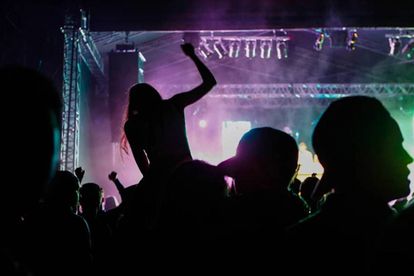 Rage indeed. South Africans have been left fuming with a series of post-matric parties that allegedly disregarded all COVID-19 health protocols, creating several super-spreader events across the country. Plettenberg Bay, Johannesburg, and Jeffery’s Bay have all been affected – but it seems that KZN will bear the brunt of this recklessness.

Medical expert, Professor Tulio de Oliveira, did not sugarcoat the gravity of the situation. Speaking about the specific threat to KZN and Durban, he conceded that the second wave has now been ‘fast-tracked’ in the province. The health analyst claimed that two Ballito legs of the Rage parties were a ‘much bigger’ problem than the infamous Tin Roof outbreak in CPT.

“We are really worried. It’s looking like this super-spreader event will really fast-track a second wave in KwaZulu-Natal. There has been a massive increase of 800 new cases in the provinces. It’s almost doubling every week.”

“I don’t know how we’ve got here. We are still investigating the infamous outbreak at the Tin Roof in Cape Town. But make no mistake, this is a much bigger event – one doctor has told me he encountered 40 new COVID-19 cases in teenagers this weekend alone.”

“The festive season will not be so festive. We urge people to reconsider their travel plans, and to avoid any large gatherings. Some of our biggest private hospitals in Durban are filling up. We expect infection rates to increase really, really quickly over the next week or so.”

Meanwhile, the Department of Health has also focused its concerns on the KZN region. While identifying the Rage parties as super-spreader events on Sunday, it was revealed that ICU units in Durban are now at ‘full capacity’.

“It is clear that in these entertainment activities, most participants are not constantly conscious of good behaviour. This means that our youth is not only exposing themselves to the risk of contracting COVID-19, but they also put the lives of their parents, grandparents and other loved ones living with co-morbidities at risk.”

“We also encourage all participants of these super-spreader events to download and interact with the COVID-Alert App as part of our contact tracing eﬀorts. It is also worth noting reports we have received that a few private hospitals in Durban now have full ICU’s.”

A stern, sombre warning is now in place for KZN: It’s infection rates have almost doubled in the last seven days, with hospital admission figures also spiking. The data, which features the updated cases following Ballito Rage, is likely to draw some more grim conclusions over the next week – and you can expect the number of COVID-19 deaths to rise again:

KZN has entered the chat

• Average last week was 233.7 and this week it's 525.7
• Hospital admitted figure up by just over 100 since last week
• Deaths still low at under 10 a day but this will likely increase in the coming weeks pic.twitter.com/mmv4apZoIx