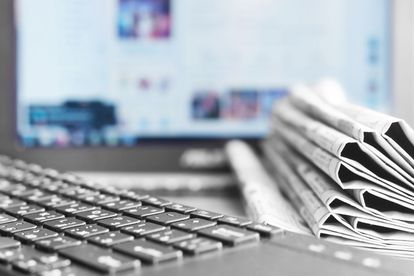 When formal apartheid ended in South Africa in 1994, several policies were introduced to address the racial and economic segregation of the past. One such policy was Black Economic Empowerment (BEE), designed mainly to facilitate an increase in black ownership across sectors.

To find out, I conducted a content analysis of six newspapers from the English-language press in the period from 1994 to 2014. These were Business Day, Sowetan, Sunday Times, The Star, Sunday Independent, and Mail & Guardian. The sample of newspapers was selected to ensure that the country’s diverse newspaper types and readership profiles were well represented.

My study focused on three issues that have framed democratic-era South Africa: socio-economics, labour, and black government versus big business or the “white economic elite”.

My fundamental finding is that a change from white ownership to considerable black ownership through BEE did not significantly “transform” historical racist tropes (over-used themes and clichés) of blackness in South Africa’s newspaper content. Coverage was laden with racist assumptions about blackness and black people – as “deviants”, “disorderly”, “criminals”, “lawless”, “incompetent”, the “damned”, or “excessively violent” in stories about black protesters, black labour and black leadership’s misdemeanours.

It is imperative that the modern South African media become a “transformer” of historical racist ideologies. Racism of various kinds and in different societal spaces can only be disrupted or ended if South Africa’s media stops perpetuating past racism.

The racism I identified in my research is not overt. The language used isn’t the sort that would invoke a shocked response from readers. Instead, it’s a more subtle and naturalised form of racism embedded in news reporting that is less discussed and condemned. This is known as “inferential racism”, a term coined by well-known British sociologist Stuart Hall in a 1981 book on racist ideologies and the media. Inferential racism is those events or situations or statements that have racist premises inscribed in them as a set of unquestioned assumptions.

This kind of racist reporting especially flourishes in societies where racist stereotypes of black people have become internally ingrained without question or conviction. That eventually become seen as the accepted perspective and norm. It tends to go undetected and unchecked. But it enables and perpetuates racist discourses. As Hall warned:

These enable racist statements to be formulated without ever bringing into awareness the racist predicates on which the statements are grounded.

My content analysis was also performed through the decolonial lens, which is centred on the belief that there are continued operations of colonial patterns of power after the end of colonial administration referred to as “coloniality”. Decoloniality uses the concepts of power, knowledge and being as its organising principles of critique.

The first issue I analysed was coverage of socio-economics. This refers to reporting on poverty, inequality and unemployment. These make up the country’s three-part socio-economic crisis.

Most of the socio-economic front page news was about: economics news for the elite (29%); simplistic socio-economics news as it relates to government updates (27%); sensational news with a socio-economic component (18%); and basic coverage of socio-economics news (13%). Poverty and inequality news only received 2% coverage. Notably, rural people were mostly visible as violent and voiceless protesters who cause havoc during social protests. They were hardly ever depicted positively.

The coverage of labour issues, meanwhile, was near invisible. It often demonised labourers and unions. No stories represented labour positively, while 34% of labour stories depicted labour negatively. The remainder were neutral, however in many instances these reports were missed opportunities for the press to fulfil its “watchdog role” and to also hold government accountable for labour injustices and issues.

Most of the coverage of labour protests showed a “protest paradigm”. This refers to a pattern of protest news coverage that is negative or shows disapproval. Many articles represented labour protesters in a single narrative as infuriatingly angry, lawless, disorderly, social deviants, unruly, unmannerly: the dangerous “other”.

The third issue I analysed, black government versus big business or the “white economic elite”, showed a high visibility of corruption and shortcomings of black leadership. I found that the print media over-scrutinised the black elite. It overwhelmingly neglected big business which, according to Johannesburg Stock Exchange statistics, is mostly made up of the “white economic elite”.

A significant 45% of stories about government between 1994 and 2014 represented it negatively, compared with 3% positive coverage. Big business was represented in a mostly neutral tone. Only one story was about business corruption.

Broadly, I found that various racist assumptions undergirded the way in which black people were covered by the media. The six newspapers presented narratives of danger, incompetency and corruption. Taken together, this painted a damaging and demeaning picture of blackness in print media content.

The media possess incredible power. In South Africa, the media could stagnate the racial justice progress achieved by liberation movements, democratic processes and activism. Even worse, it could take the country backwards.

That’s because, as Hall argued – and as my research has proved – the modern media still have the power to be “producers” or “reproducers” of racist tropes and discourses.

But there’s a third role the media might play, according to Hall: the “transformation of ideologies”. Modern media can do this by rejecting racist tropes and disrupting the current dominant discourse. This can be done by reporting with respect, inclusion, equality and diversity.