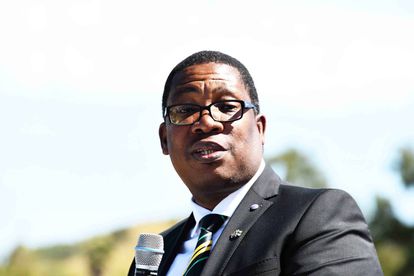 Gauteng’s Education MEC Panyaza Lesufi is expected to pay a visit to Hoërskool Jan Viljoen in Randfontein, Johannesburg, in the wake of a violent fight between pupils at the school. There have been concerns over South Africans schools growing increasingly violent, something which Lesufi has said needs to be addressed urgently.

Another worrying part of the story is the speculation that the fight between was racially motivated. The physical altercation is believed to have taken place on Friday, 11 February 2022 and was between both black and white students. When Panyaza Lesufi visits the Randtein school, he will get more clarity on what the actual circumstances are behind the fight and find out from the school itself whether it has taken any steps against any of the learners involved.

“It is alleged that a violent altercation broke out on Friday, 11 February 2022, between black and white learners at the school, with some believing it was racially motivated. MEC Lesufi will visit the school on a fact-finding mission and meet with the leadership of the school, as well as learners, to determine the cause of this violent behaviour.”

The MEC has reiterated the department’s stance on violence in schools and warned that those involved will be brought to book.

“Violence, for whatever reason, does not belong in our schools and the perpetrators will face the necessary disciplinary action,”