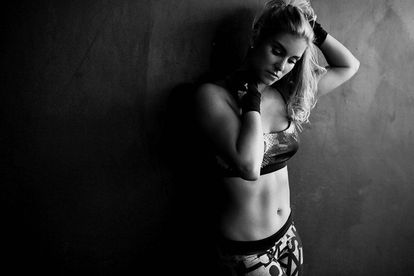 Twitter is in a rage after Rachel Kolisi, Siya’s wife, took to Twitter to address a fan that made an inappropriate comment about the new Springboks skipper.

In a lighthearted Q&A thread, @__Yonela was responding to the question “Would you pursue someone in a happy relationship?” posed by @Anele_co. Her initial answer was “No” and all would’ve been well if she had stuck to his answer. However, Yonela returned to her response and added:

Rachel, who mothers four of Siya’s children, came across this tweet and judging by her clap back, it would appear that this was something that she did not appreciate and wanted to finally put to bed. She quoted Yonela’s comment, stating that:

Read – Rachel Kolisi: Six things to know about the love of Siya’s life

Of course, Black Twitter was not going to let this pass, and even after Rachel clearly clarified, following her statement, that she’s been there for her man through the good and the bad times and that people should “respect my relationship and woman to woman, respect me”, she was met with backlash.

One of her followers replied to the thread posing questions about the health of her relationship with Siya, asking:

Rachel is the Kolisi’s first line of defence

One could argue if and whether it was necessary for Rachel to put her relationship with her husband in the spotlight like that but many people reacting to her tweets were supportive of her stance.

With the Springboks only set to face Argentina in less than a month from now, the skipper may have plenty of time to address family matters with his wife since it is clear that Rachel has a few things about her husband’s celebrity she will not put up with.