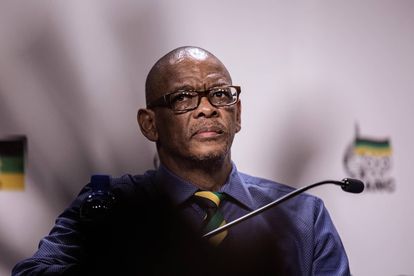 The ANC’s suspended secretary-general Ace Magashule along with more than a dozen co-accused are expected to make an appearance in the High Court in Bloemfontein on Wednesday, 11 August 2021, in relation to the multimillion rand asbestos case.

Other accused in the matter include controversial businessmen Edwin Sodi and Abel Manyeki, former Mangaung mayor Olly Mlameli, the director for supply chain management at the department of human settlements Mahlomola John Matlakala, Thabane Wiseman Zulu and Nthimotse Mokhesi, who are the same department’s former director-deneral and head of department respectively.

In 2014, the Free State human settlements department awarded a contract worth a whopping R255 million to two companies – Diamond Hill and Blackhead Consulting. This was to audit and assess houses for asbestos roofs in the province. The project entailed inspecting 300 000 low-cost houses, however it would later be revealed that almost no work was no done, despite the money being paid.

When the matter was last heard, it was moved from the Bloemfontein Magistrate’s Court to the High Court. Magashule has long maintained his innocence in the saga and said he even has proof that will clear him.

“We hope for a speedy trial because justice delayed is something else so we are looking forward to 11 August. I have done nothing wrong and I have proof in court,” Magashule said back in February.