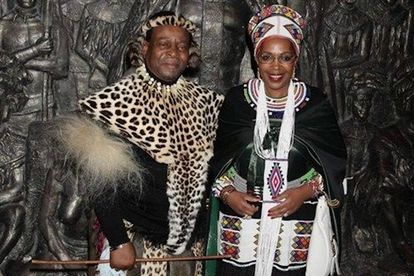 Prince Mangosuthu Buthelezi, the Prime Minister to the Zulu Nation and Monarch confirmed the Queen’s passing in a statement, saying the royal family was taken by surprise and is “utterly bereft”.

“It is with the deepest shock and distress that the Royal Family announces the unexpected passing of Her Majesty Queen Shiyiwe Mantfombi Dlamini Zulu, Regent of the Zulu Nation”.

Prince Mangosuthu Buthelezi added that “the Lord alone knows the days that He has allotted to each one of us”, and assured the nation on behalf of the Royal Family that “there will be no leadership vacuum in the Zulu Nation”.

Additional announcements and arrangements will be shared in due course.

Queen Shiyiwe Mantfombi Dlamini-Zulu – who was the late King Goodwill Zwelithini temporary replacement – was allegedly rushed to hospital under mysterious circumstances on Wednesday.

News reports at the time confirmed that details pertaining to the Queen’s health was kept under wraps, and that the severity of her condition was unconfirmed.

A royal palace source claimed that the Queen’s condition was known only to her inner circle, saying “only a few members of the family know in which hospital she has been admitted”.

“I am not at the palace right now, I was not aware she was ill. Her health has been a problem for some time but I would not know if it has escalated to another level”.

The senior royal, who was in charge of the Kingdom for the last four weeks, was born in 1956 – the daughter of Sobhuza II of Swaziland and sister of the current king of eSwatini, King Mswati III.

She was betrothed to King Zwelithini in 1973 after a traditional upbringing in the Swazi royal family.

Four years later, MaDlamini Zulu was announced as “the great wife” during their wedding ceremony. For more than four decades, the Queen’s duties as consort established a strong reputation in the Zulu kingdom.

Her brother, Prince Thumbumuzi Dlamini married into the Mandela chieftaincy family of Mvezo in 1973. Mantfombi was one of six wives married to late King Goodwill Zwelithini.