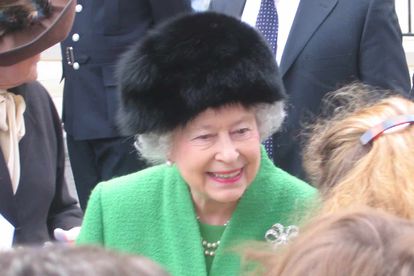 Photographers snapped her less than a mile from where Prince Philip, 97, crashed into another vehicle and overturned his Range Rover.

As reported by Daily Mail, the Queen is immune from civil or criminal proceedings, even though it’s illegal to drive without wearing a seatbelt. According to the Royal website:

“While no longer administering justice in a practical way, the Sovereign today still retains an important symbolic role as the figure in whose name justice is carried out, and law and order is maintained. Although civil and criminal proceedings cannot be taken against the Sovereign as a person under UK law, The Queen is careful to ensure that all her activities in her personal capacity are carried out in strict accordance with the law.”

Queen Elizabeth is the only citizen who may drive without a licence. However, Prince Philip may have to surrender his driver’s licence, depending on the outcome of a police investigation. Norfolk Police confirmed that they are looking into the matter.

The Queen learned how to drive on an army base back in 1945, at the age of 19. After the no-seatbelt incident went viral, she quickly buckled up. The seatbelt was clearly visible in photos taken the following day.

A black car was driving a short distance behind her Range Rover. Another woman and two men joined her around noon at Kings Avenue, according to The Telegraph.

Prince Philip is currently recuperating at Woods Farm Cottage at Sandringham Estate, where he lives out his retirement years in peace and quiet. The cottage sits in a secluded corner of the Estate, surrounded by fields and trees.

Prince Philip has since reached out to the other victims of the crash. The passengers – two women aged 28 and 45 – sustained minor injuries and a broken wrist. The 28-year-old’s baby – in the vehicle at the time of accident – didn’t sustain any injuries.