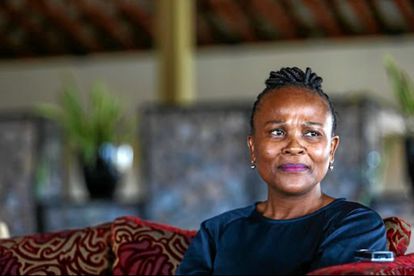 The Public Protector could be forced out of office before her term expires in 2023 – PHOTO: Flickr

The Public Protector could be forced out of office before her term expires in 2023 – PHOTO: Flickr

This decision is made in the best interests of the institution and the public it serves, said spokesperson Oupa Segalwe.

“And the defamation of character lawsuit, which is a private matter against the Democratic Alliance (DA).”

Due care has been taken not to impede or infringe Mkhwebane’s rights or preparations regarding the impeachment process that has been highlighted by the Constitutional Court and the Western Cape High Court, Segalwe.

WHAT PPSA WILL DO FOR MKHWEBANE

The PPSA will however fund Mkhwebane’s challenge of her suspension, her defence during the impeachment proceedings and the perjury criminal case.

But this is within the Public Protector office’s fiscal governance framework.

“Considering that the Public Finance Management Act (PFMA) and Treasury regulations require the PPSA accounting officer to ensure sufficient funding for any expenditure that the institution is required to cover and that any estimated legal costs are reasonable and budgeted for,” Segalwe said.

MKHWEBANE COULD HAVE PREVENTED THIS

This means conferring the acting Public Protector with the responsibility to strategically direct litigation. This is in the name of the PPSA for the institution to fulfil its constitutional mandate within the law.

Therefore, Mkhwebane’s legal representatives should have obtained a power of attorney from the acting Public Protector, Kholeka Gcaleka, prior to filing an amended notice of motion and applying for leave to appeal with the Western Cape High Court, Segwale explained.

The last time that legal representatives were authorised to act on behalf of the PPSA was in 2019.

“The escalation of the matters beyond the scope of the instructions that they were originally appointed for, fiscal responsibilities in ensuing financial years, as well as the litigation strategy in the name of the PPSA to pursue and enforce the rights and interests of… Mkhwebane, affected both the liability and legal standing of the Acting Public Protector and the PPSA in these matters.”

“The acting Public Protector reaffirms the PPSA’s mandate to investigate all malfeasance in state affairs without any fear, favour or prejudice and will prioritise the best interests of the public, thereby living up to the institution’s constitutional purpose of strengthening constitutional democracy. The PPSA will make no further comments on this matter,” said Segwale.

Mkhwebane is under suspension by President Cyril Ramaphosa for facing a parliamentary impeachment proceeding.

She approached the Western Cape High Court the following day to interdict her suspension and the Parliamentary impeachment. The court however ruled against her.

On Monday, the suspended Public Protector filed a notice of motion to seek leave to appeal the court’s interdict ruling.